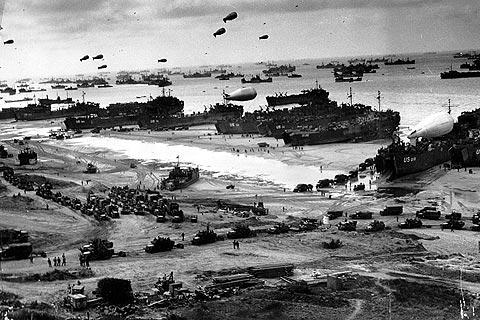 The Normandy Landings began on the 6th June 1944, when 130,000 troops set off from the south coast of England (including some from the port at Bucklers Hard where Nelson's ships had launched 150 years earlier) and landed on the beaches of Normandy. Operation Overlord had begun.

First an air-based landing took place very early in the morning, with both British and American troops being parachuted in to occupied France, followed by a sea-based invasion at 6.30 in the morning. In just that one day 130,000 troops were landed on the Normandy coast at Sword, Juno, Gold, Omaha and Utah beaches. 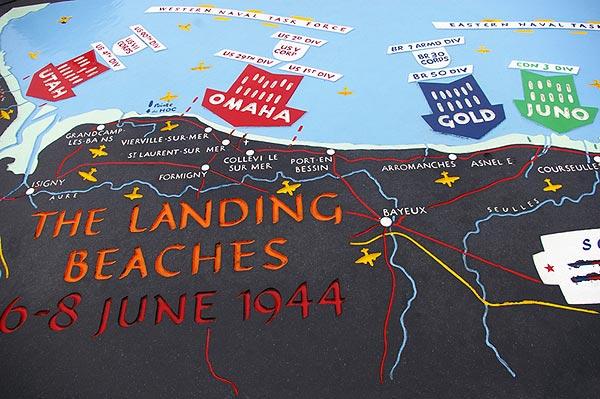 The map show the principal landing points along the Normandy coast

Despite a great deal of lives lost (50,000 in Calvados alone), these battles represented the turning point of the Second World War in western Europe.

For many people a visit to the beaches of the Normandy Landings is a pilgrimage rather than a holiday destination. Many still have memories of that time while others have memories of relations lost in the battles on those beaches. 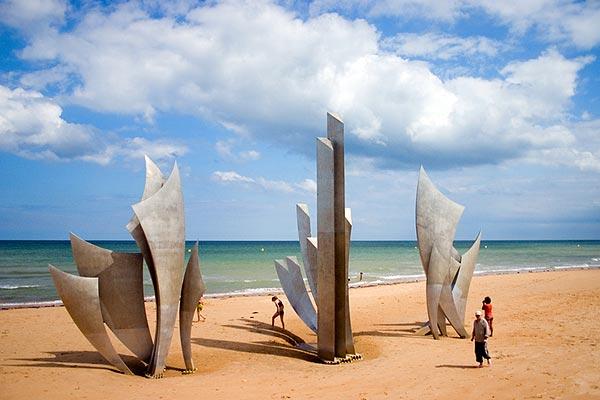 As you walk along the beaches or through the cemeteries, the sense of history and importance of the places is inescapable. It is an extremely moving event to walk on the Normandy Landings beaches, and also to visit the cemeteries containing thousands of graves in well tended lines, and to reflect on what the world might be like today without the bravery and victory of those landings.

If you plan to visit the Normandy Landing beaches, the coast road can be followed to Sword, Juno, Gold and Omaha beaches - and Utah beach is just a little further. 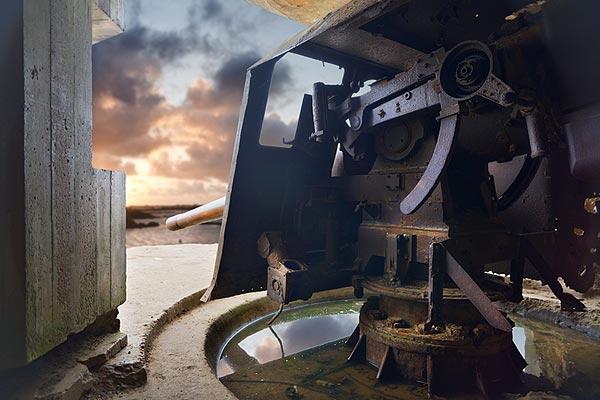 At Gold Beach this defensive gun position still points out to sea as a reminder...

West of Omaha Beach you can also visit Pointe de Hoc and see the cliffs that the US troops needed to climb as part of the landings in the face of strong defence from the Germans - the various bunkers and craters left by the bombs remind us how severe the battle was at this point.

Several important cemeteries are also passed along this route, while just off Gold Beach at Arromanches you can see the remains of the floating harbour (the Mulberry Harbour) built hurriedly by the allies and used during the landings. 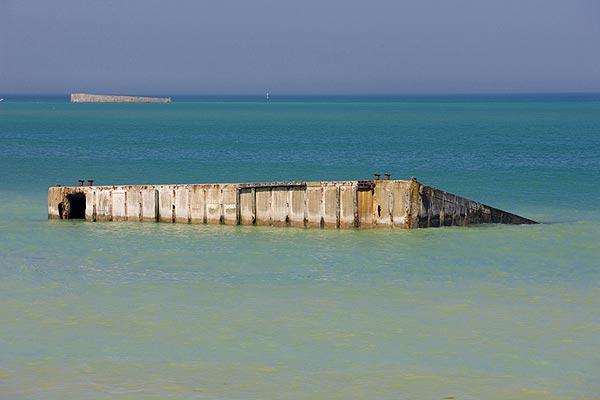 The remains of Mulberry Harbour, just off Gold beach at the town of Arromanches

Many visitors to the landing beaches also like to see the Cafe Gondrée, the first house in France to be liberated in the landings. In truth there is little to actually see on the beaches themselves apart from the remains of the Mullberry harbour and a moving tribute built in the sand at Omaha beach. 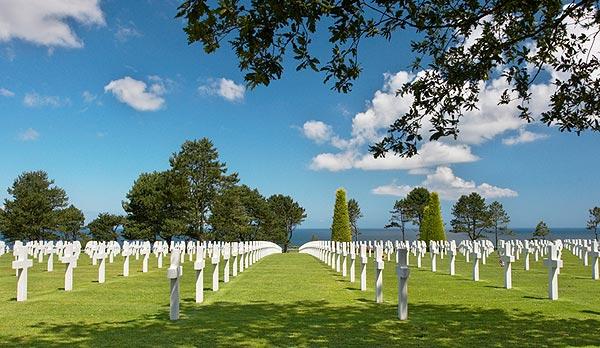 The War Cemeteries are an evocative reminder of the large numbers that died during the invasions. This is the American War cemetery at Colleville-sur-Mer overlooking Omaha Beach

Behind the beaches you will see the remains of bunkers used by the Germans to defend the territory, and even some barbed wire fence sections have been left intact. 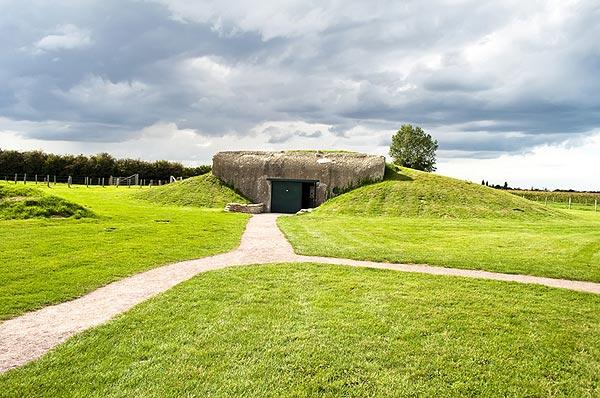 There are several museums dedicated to the events including:

Map of Normandy landing beaches and places nearby

Visit near Normandy landing beaches with France This Way reviews