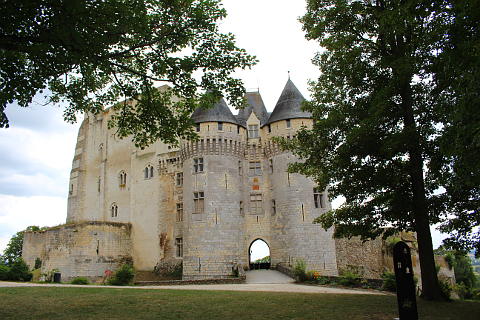 The town of Nogent-le-Rotrou is situated in the Perche Natural Park to the north-east of Le Mans (and south-west of Paris) in the Eure-et-Loir department of France. It is a town of two parts with the town hall and shops in one part of town and the castle and old town a good 20 minute walk to the south. Rather bizarrely given the time needed to get to the old town from the new town most parking in Nogent is restricted to 1 1/2 hours!

With a history dating back more than 1000 years Nogent-le-Rotrou is the most important monument here but be sure to allow time to discover the historical centre of the town itself which contains several sights of interest - hence the town's official classification as a 'recommended detour'.

Originally built around 1020 on the site of an earlier castle. The main structure includes a substantial square donjon (the oldest part of the castle, and among the oldest remaining castles in France). A ring of fortified walls and towers were added during the 12th and 13th centuries but during the Hundred Years War the castle was captured by the English and burnt. 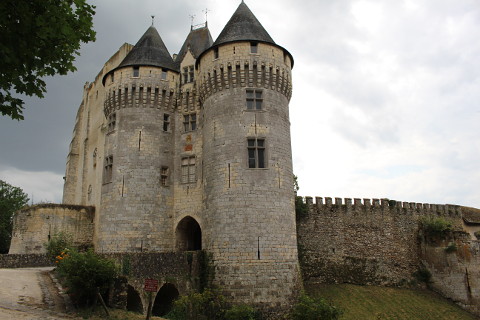 An entrance with two large round towers and living accommodation were restored in the 15th century.

The part of the castle that is not protected from attack by the natural slope also had a substantial moat (now empty) to reinforce its defences. The castle is as impressive for its position as for its structure - it is on a raised plateau with views across the valleys of the Perche in all directions.

The castle was abandoned from the 17th century onwards, until it was bought by the town then in part restored in recent years. Inside the Chateau at Nogent-le-Rotrou you can also see a museum dedicated to the history of the town and the Perche region.

Between the castle and the old town is a long series of steps added in the 16th century called the Saint Jean Marches: follow these to reach the historic old centre of the town. It is in the region around the bottom of these steps and along Rue du Paty that many of the most impressive historical buildings in Nogent-le-Rotrou can be seen, typically in renaissance style and dating from the 16th and 17th centuries.

The 16th century Maison du Bailli on Rue Saint-Laurent is one of our favourite medieval buildings in Nogent. Also take a look at the facade of the Chapel of Saint-Jacques (once part of a larger church) with its roman style entrance. 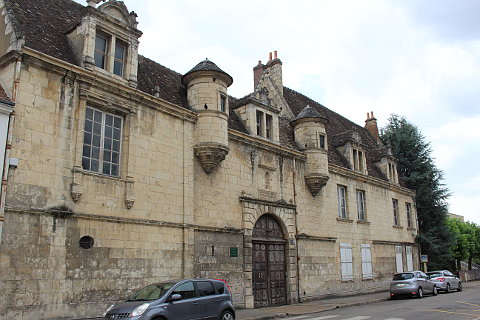 The more modern town then built up to the north and a more recent addition to the town can be seen at the 19th century Town Hall in Place Saint-Pol.

The weekly market is held in the town centre in Nogent-le-Rotrou each Saturday, while various other events during the year include the annual medieval festival, held around Ascension weekend and a perfect time to visit the town if possible

An interesting way to explore the countryside around the town is to follow the "route of sites and abbeys" suggested by Nogent-le-Rotrou tourist office that also passes several abbeys and churches with interesting features such as medieval frescoes.

Other popular destinations in the Perche natural park include Belleme and Mortagne-au-Perche.

Map of Nogent-le-Rotrou and places nearby

Visit near Nogent-le-Rotrou with France This Way reviews

Plan your visit to Nogent-le-Rotrou , Eure-et-Loir

Regular market(s) are held in Nogent-le-Rotrou each Saturday all day. (Markets are held in the morning unless stated.)