The Museum of Aquitaine has an interesting range of exhibits from Prehistory to current times. The museum is in the centre of Bordeaux which is itself a fabulous city with a rich variety of architecture and UNESCO World Heritage Status as an historic city created in the age of Enlightenment. It has more protected buildings than any other city in France apart from Paris.

The Musée d'Aquitaine has a Permanent Collection with seven main sections. These are: Prehistory, Iron-Age, Antiquity, the Medieval period, the Modern Era (1800-1939), Bordeaux Port, and the 20th Century.

The Prehistory section has some excellent exhibits the highlight of which is the Laussel Venus known as the 'Venus with horn'which is a bas-relief of a pregnant woman discovered in the Great Shelter at Laussel in 1911. The figure dates from about 25,000 BC and is one of five bas-reliefs representing women discovered at the site. They are thought to represent fertility. 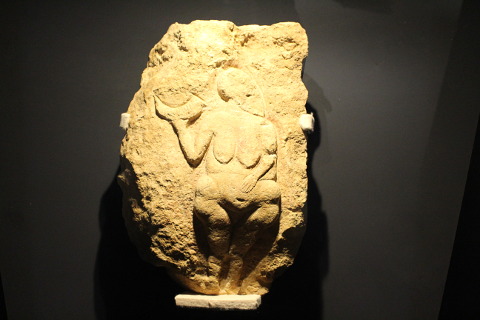 The Prehistory section also houses flints, sculpted bones, jewellery and objects made of bronze. There is also a very realistic copy of a scene from the rock paintings of the Lascaux Caves (be sure to visit these if you havent already - they are magnificent!).

The Iron Age collection incudes items discovered in various sites in the Nouvelle-Aquitaine region. Funerary urns, brooches, neck-rings and belt-buckles as well as tools and weapons.

The Antiquity rooms contain various Roman statues, coins, jewellery, tools and tableware. Highlights include a magnificent statue of Hercules in copper alloy dating from the 2nd or 3rd century AD. There are also some striking statues of Jupiter in the collection.

The Medieval section contains items relating to the history of Aquitaine from 843 when Bordeaux was destroyed by the Normans to 1453 when it became French again. Within this period we have Eleanor of Aquitaine, the pilgrimage to Santiago de Compostela, Gascon knights and the creation of the Bastide towns amongst other things.

The collection includes the Rose window taken from the église des Grands Carmes and the tomb of Michel de Montaigne, an important French writer and philosopher.

The Bordeaux in the 18th century exhibition has four main themes: Bordeaux's role in 18th century France,  the challenges of Maritime commerce in Bordeaux which became the second biggest slave trading port in France, slavery in the Caribbean and the struggle for abolition. Exhibits include large scale model ships and items related to the sale and abuse of slaves.

Bordeaux 1800-1939 includes many paintings and a recreation of a grocers shop from the early 20th century.

Bordeaux in the 20th century is mostly exhibited with the viewing of a number of documentaries produced by French television company France 3 Aquitaine. These can be viewed on individual screens in the exhibition room.

The Musee d'Aquitaine can be found at 20 Cours Pasteur in central Bordeaux. It is open from 11am to 6pm every day except for Mondays and bank holidays. Tickets cost 5 euros for adults and 3 euros for students. 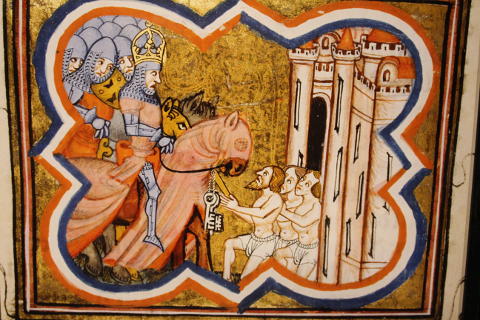 Be sure to visit Bordeaux and especially its waterfront and quais area while you are here. The town of Saint-Emilion to the east of Bordeaux is another UNESCO World Heritage town. It is a beautiful town and producer of the world-class Saint Emillion wines.

Map of Musée d'Aquitaine and places nearby

Visit near Musée d'Aquitaine with France This Way reviews

The French version of this page is at Musée d'Aquitaine (Francais)