Moulins is a town in the Allier department of the Auvergne, north of Vichy. The town takes its name from the many mills that once stood along the river banks here.

Because there are several towns called Moulins in France, the post office and SNCF trains prefer to use the name Moulins-sur-Allier.

The town has an interesting historical centre, based around the cathedral and surrounding streets and has several interesting monuments to discover. 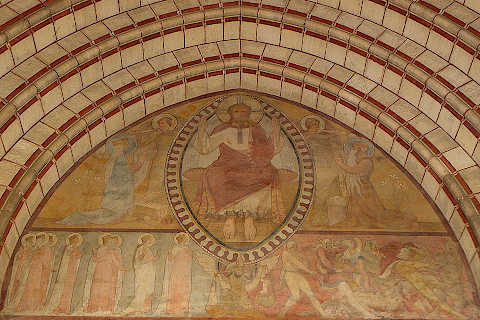 The principal monument that dominates the skyline of Moulins is the Cathedral of Notre-Dame et Sacre-Coeur, which started life in the 14th century as a monastery and church. The cathedral falls in two distinct parts - the choir that dates from the 15th century and was part of the original collegial church, and the remainder including the nave and towers that was added in the 19th century.

Highlights on the outside of the cathedral include the belltowers, and there is a great deal of interest inside including the extensive stained glass windows, an exceptional triptych by an unknown 15th century painter with the central panel depicting the virgin mary and baby Jesus, a statue of the lamentation of Christ and a statue of the black virgin and child.

Another noteworthy building is the belltower known as Jacquemart and that was originally part of the defenses of the town. Dating from the 16th century the name of the tower comes from the automated characters that emerge to ring the bells each hour.

Elsewhere in the historical centre of Moulins you can see some interesting medieval houses, both half-timbered and in brick and stone designs, while other grand buildings include the Palace of Justice and the Town Hall.

Other monuments include the mausoleum of the Duke of Montmorency in the Chapel of the Ancient Convent; the Church of Saint-Pierre; a tower that is a remaining part of the chateau of the Dukes of Bourbon, and the 18th century bridge - the Pont Régemortes.

There is also a highly regarded and renowned brasserie in art nouveau style and with a lovely ornate interior called the 'Grand Café' which you should find time to visit. 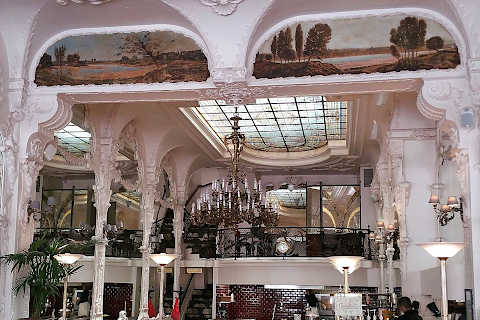 The town has an unusual museum that is interesting to film and theatre enthusiasts - a National Centre for Costumes. Set in a large 18th century building the centre holds many thousands of costumes from the collections of the National Opera and the Comedie Francaise.

The departmental museum has a wide collection of sculptures, paintings and pottery covering the medieval and renaissance periods and is also notable for the building itself, which is claimed to be the first building in France to be constructed in the renaissance style. Called the Pavillon de Beaujeu it is also a tribute to the splendours that filled the area when the rich Dukes of Burgundy played such an important role here.

Another unusual attraction in Moulins is the Maison Mantin, a grand townhouse that was owned in the 19th century by a wealthy member of the local gentry, and on his death was simply closed up and forgotten for 100 years along with all its furnishings. The house has now been 'rediscovered', renovated and opened to the public, in accordance with the original wishes of M Mantin (who died in 1905), and features a very extensive collection of furnishings, antiques and art works.

Map of Moulins and places nearby

Visit near Moulins with France This Way reviews

Moulins is classified as a listed town of Art and History

Plan your visit to Moulins, Allier

Regular market(s) are held in Moulins each Tuesday & Friday. (Markets are held in the morning unless stated.)

The French version of this page is at Moulins (Francais)