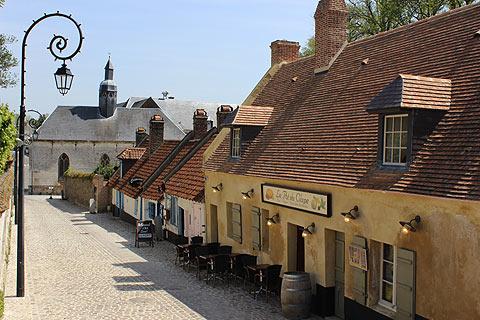 Montreuil is a small town to the west of the Pas-de-Calais department of northern France. The town is also known as Montreuil-sur-Mer, despite being 12 kilometres from the sea. During the medieval period it was a very important port for the Calais region.

Although silting of the river means you will no longer see ships when you visit the town remains something of an undiscovered beauty, with much to enjoy in the historical streets. It is a town that oozes character, with the cobbled streets and old houses linking small squares and being a great pleasure to explore. 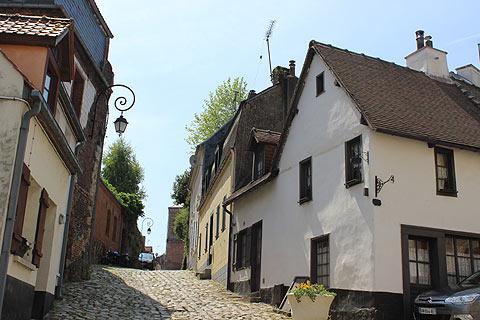 Montreuil-sur-Mer tourist office can give you details of a planned route around the town to ensure you see the points of interest. The town is also a 4* ville fleurie which further adds to its attractiveness.

The town is on a small hill surrounded by ramparts, built when it was a frontier town against Artois to the north-east, in the 16th century. Start your tour of Montreuil at the ramparts: from the ramparts there are fine views across the surrounding countryside and the river, with the sea in the distance.

Some parts of the ramparts were built as early as the 13th century and then they were further reinforced by the French military architect Vauban during the 17th century. Montreuil also had a castle, but only a small part - two towers - now remains.

Be sure not to miss rue Clape-en-Bas, one of the prettiest streets. These houses were home to Montreuil's potters in the 18th century. Another very pretty street is "la cavée Saint Firmin" and several scenes of the 1925 version of 'Les Miserables' were filmed here.

Other highlights include the Saint-Saulve church (all that remains of a larger abbey that once stood here) and Hotel-Dieu chapel, and their impressive architectural details. The Hôtel Dieu was built in the 13th century though the chapel was restored in the 19th century.

The Roger Rodière Museum is housed in a lovely 18th century mansion and has works which illustrate Montreuil's religious roots. It also includes some 19th century paintings.

The town was also home to the British Forces in France during the First World War - hence the statue Field Marshall Sir Douglas Haig on horseback surrounded by fountains in the centre of the town. You will also notice other small statues and fountains adding to the pleasant ambience as you wander the streets.

France This Way comment: easily accessed from the UK to France ferry ports, Montreuil-sur-Mer is a highly recommended destination as a great place to unwind for a weekend away. 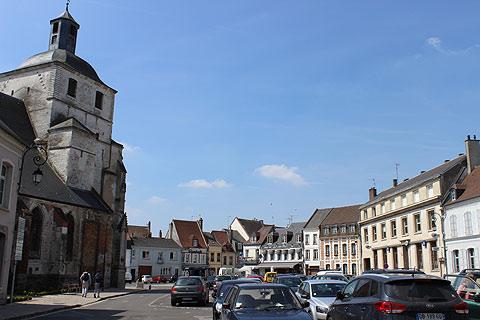 One very popular destination close to Montreuil is the monastery called the Chartreuse de Neuville. With a history dating back to the 14th century, the chartreuse you see today is mostly a 19th century reconstruction. After monastic establishments were abolished in France at the beginning of the 20th century the buildings were used as a hospital for much of the 20th century. During your visit you can see many buildings and rooms including the church, the sleeping accommodation, the cloisters and ornate passageways.

Be sure not to miss the fabulous seaside town of Le Touquet just a few kilometers away.

Map of Montreuil-sur-Mer and places nearby

Visit near Montreuil-sur-Mer with France This Way reviews

Plan your visit to Montreuil-sur-Mer, Pas-de-Calais