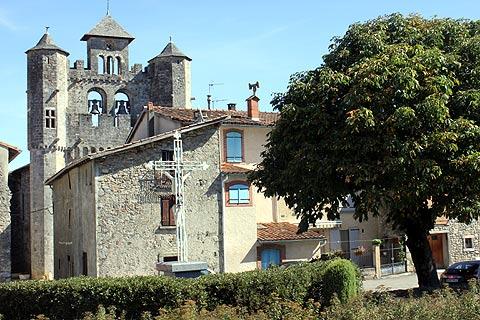 The small village of Montjoie-en-Couserans is just a few kilometres to the north-east of Saint-Lizier, in a picturesque region of the Ariege department.

True or not I don't know, but it is said the village takes it name from the joy experienced by pilgrims when they first came in sight of Saint-Lizier!

Montjoie was originally founded as a bastide town in the 13th century on the site of an ancient monastery, surrounded by fortifications which are still partly standing. Although very small the village is worth a visit when you are nearby. 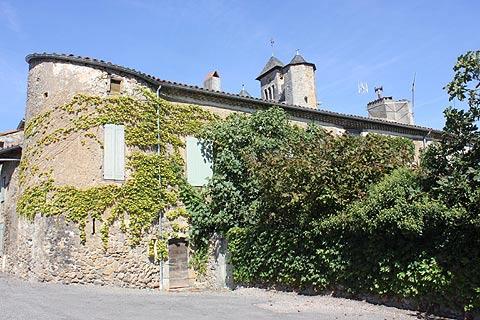 In the centre of the village you can see an imposing fortified church, dating from the 14th century and with a decorative facade and belltower, a gateway through the towns original defensive walls, and a few picturesque houses.

Montjoie-le-Couserans is a good base for exploring the highlights in the surrounding countryside and discovering a region of the Ariege largely overlooked by visitors: most visitors will discover Montjoie as part of this tour rather than because they have travelled a long way to see the village - like I say it is very small and we are not suggesting you travel a great distance just to get here!

Montjoie-en-Couserans is the starting point for a route called the Tour de L'Avantes, a route that explores several of the surrounding villages and historical highlights that can be followed by car or on bike (the complete tour is almost 40 kilometres).

Among the principal points of interest as you follow the tour are: the lavoir and other buildings at Breuch; the hamlet of artists at Peyruc; the views from the ruins of the Chateau de Clermont; the church belltower at Naguès; the church at Rimont; and the abbey at Combelongue.

Apart from these points of interest the tour is a very pleasant way to explore the hamlets and countryside around Montjoie-en-Couserans. 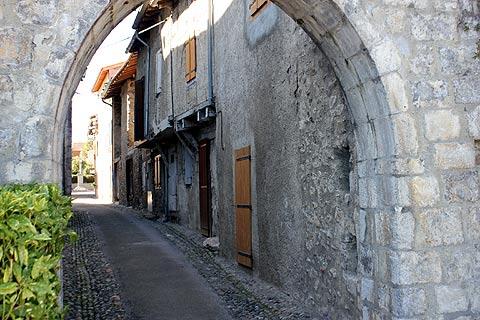 Other towns and village you will want to visit near Montjoie-de-Couserans include the town of Saint-Girons for a walk through the town centre along the river and the pretty village of Saint-Lizier.

Map of Montjoie-en-Couserans and places nearby

Visit near Montjoie-en-Couserans with France This Way reviews

Plan your visit to Montjoie-en-Couserans, Ariege