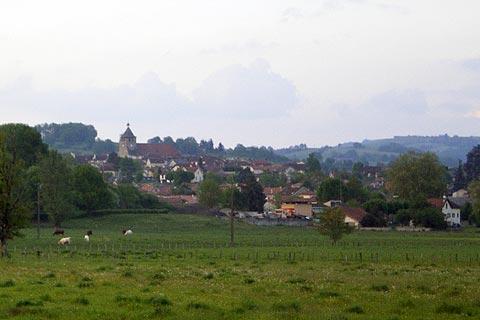 It is straightforward to explore Maurs - the town centre has preserved the same layout as was established in the Middle Ages, with streets running in circles around the central church, as far as the 'ring-road' around Maurs, which is where the town defences and moat once stood - and which also preserves the original circular shape. 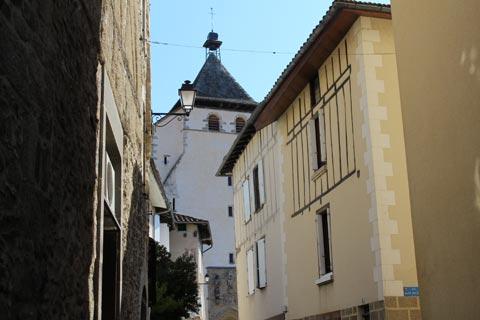 This outer ring is now a broad boulevard where you will find most of the cafes and shops in Maurs town centre.

The village does not take long to visit: in the old town you can see some medieval half-timbered houses, and also a part of the original town ramparts and the abbey church, but these are all quite minor highlights and will not detain you for very long.

The weekly market is held in Maurs on a Thursday morning.

Admire the stone carving and statues around and above the doorway, then enter the church to see the remarkable stalls and wooden statues from the 16th century and the 19th century stained glass windows.

The highlight inside the church is a very rare gold-plated and painted bust of Saint Cesaire. A remarkable piece of religious art, in roman style and dating from the 12th century, the bust combines a certain primitive quality with other elements that are more sophisticated. 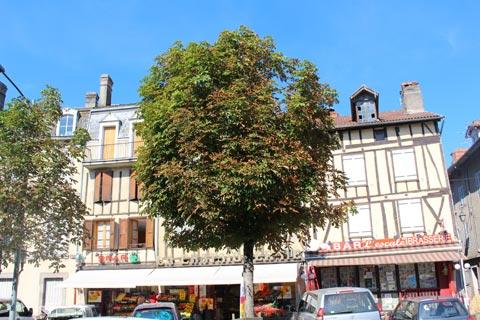 * The original village Church of Saint-Sulpice in Maurs was destroyed after the revolution, and the abbey church of Saint-Cesaire subsequently took over the role - hence the two names for the church.

If you are exploring this area of France you will want to visit other small traditional villages such as Marcoles and Mourjou, to the east of Maurs.

A little further but well worth the travel are the exceptional village at Conques, and the town of Figeac with its impressive historic centre.

Map of Maurs and places nearby

Visit near Maurs with France This Way reviews

Plan your visit to Maurs, Cantal

Regular market(s) are held in Maurs each Thursday. (Markets are held in the morning unless stated.)

The French version of this page is at Maurs (Francais)