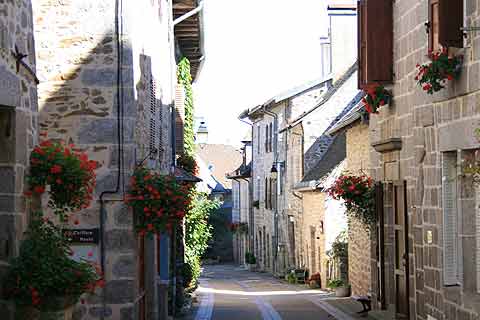 Marcoles is 24 kilometres south of Aurillac in the Cantal department of France. The village is at the heart of the south-western part of Cantal in an area known as the Chataigneraie after the chestnut trees that are characteristic of this area.

Marcoles is a beautiful medieval village which has its origins in the 10th century, and was fortified in the 13th century. The village has narrow cobbled streets, stone houses, lots of flowers, slate rooves and a number of half-timber houses, and it is a pleasure to wander around the tranquil streets. 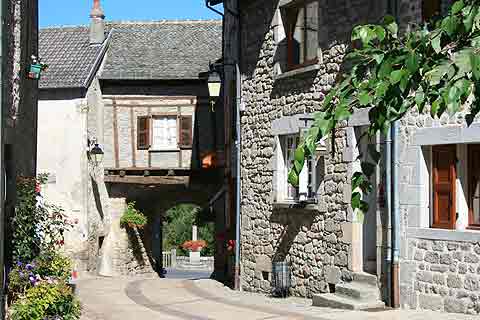 The main square in Marcoles is the Place le la Fontaine and from here you can walk through an arched stone gateway and enter the medieval village. The stone gateway dates back to the 15th century and the time when the second fortified wall was built around Marcoles.

The first fortified wall was 430 metres long and a small part of it can still be seen near to the lower gateway. The lower gateway dates from the 15th century and the building above the gateway is emblazoned with the town's coat of arms: this building once served as the lookout tower for Marcolès.

The church of Saint-Martin was built in the 15th century in a gothic style and contains an important collection of polychrome (multi-coloured) statues.

At the lower end of the village you will notice another stone gateway called "La fausse porte" or the false door: the name is because enemies entered Marcolès through this gateway.

During the last but one weekend of July every year there is a festival with musicians and story tellers. The festival takes place Thursday, Friday and Saturday. 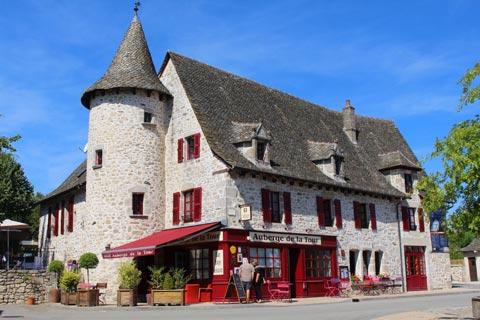 This is a quiet region of France, ideal for relaxing, walking and cycling. You will find several other small historic villages nearby such as Maurs and Mourjou, and the lovely village at Conques a little further south.

For larger towns you can visit Aurillac to the north, which is a very traditional Auvergne town, and the lovely historic centre at Figeac to the south-west of Marcoles.

Map of Marcoles and places nearby

Visit near Marcoles with France This Way reviews

Plan your visit to Marcoles, Cantal

The French version of this page is at Marcoles (Francais)