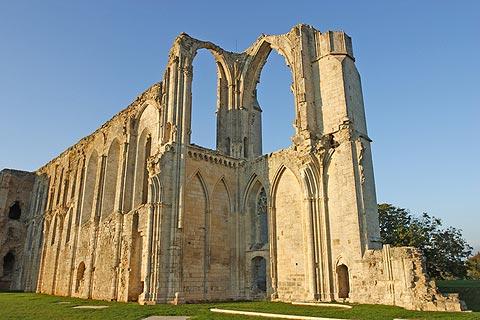 Maillezais is located at the southern edge of the Pays-de-la-Loire region, north-east of La Rochelle and on the edges of the Marais Poitevin marshes.

It is the two important religious monuments that attract visitors to Maillezais, along with the unusual surroundings and setting provided by the marshes - but remember, 1000 years ago, when the abbey was built, the region was surrounded by forests...

The ruins of the benedictine abbey, that dates in part from the 11th century, are an imposing sight overlooking the limpid green waters of the marshes below. 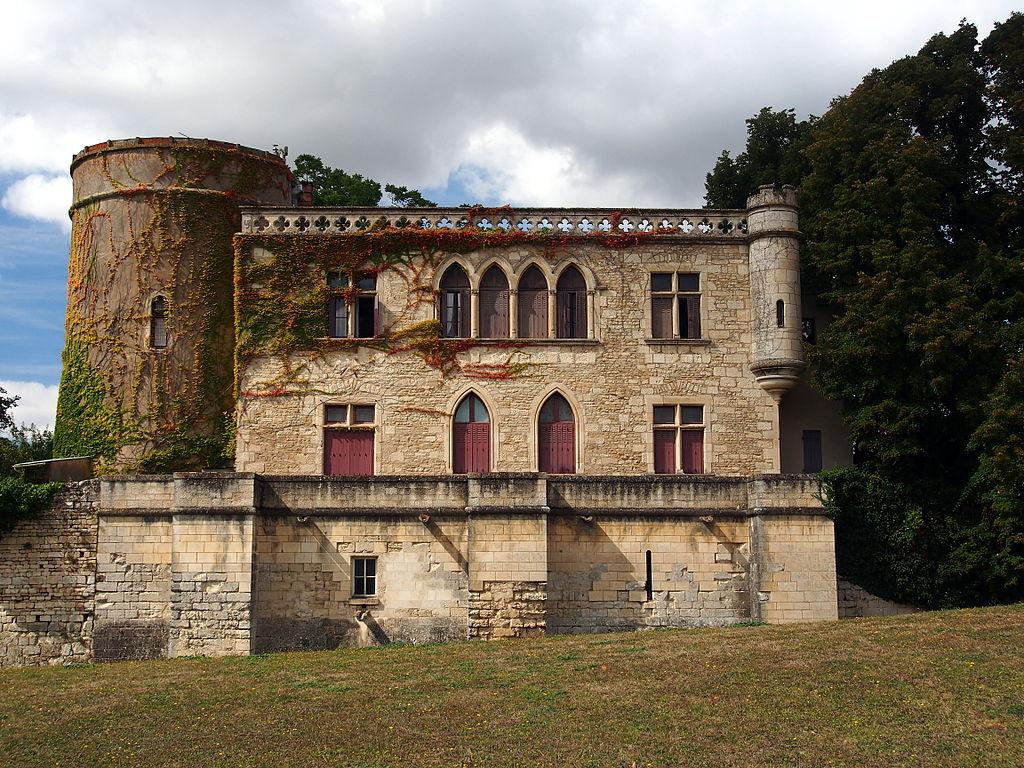 Originally the abbey church, the building was converted into a cathedral in 1317, a position it held for more than three centuries. The church suffered substantial damage in the 16th century during the Wars of Religion, then after being abandoned for more than 100 years, the abbey was then sold as a source of building stone following the revolution.

Given this history it is remarkable that anything of the building has survived, but much of the main body of the abbey church at Maillezais is still standing, and you can also see the position of the cloisters and some other buildings - the cellars, sleeping quarters and kitchen among them.

During the summer months several animations and spectacles are held at Maillezais abbey, to try and give a feel for monastic life in the Middle Ages (and to entertain visting families).

There is also an interesting 12th century church at Maillezais - the roman style church of Saint-Nicolas. The church appears very old, but in fact was very damaged during the Wars of religion, and most of what we see today is a 19th century reconstruction*.

* In fact it is hard for a casual visitor to know what is original and what is a 19th century reconstruction because 12th century styles were used in the rebuild, and some elements of the original church were also reused during the rebuilding.

The facade however is largely original, and very interesting in design with the ornate main entrance having a further arch either side containing statues and a great deal of fine stonework. The theme is continued to the tower above (part of the more recent repairs), which features further decorative arches and columns. 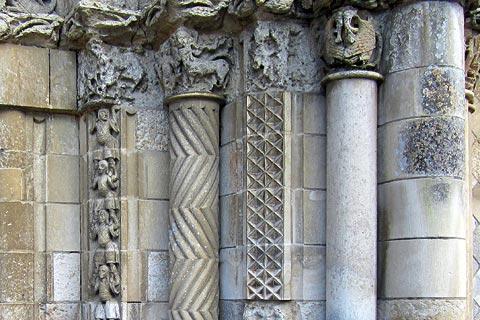 Enthusiasts of religious buildings and French abbeys will also want to visit the Abbey at Nieul-sur-l'Autise and the Priory at Grammont while in the Vendee department, and perhaps the Church of Notre-Dame at Maille, a few kilometres south-west of Maillezais.

You can find more travel ideas in the Vendee guide and the Pays de la Loire guide.

Map of Maillezais abbey and places nearby

Visit near Maillezais abbey with France This Way reviews

... or see ALL recommended places to visit in Vendee

The French version of this page is at Maillezais abbey (Francais)