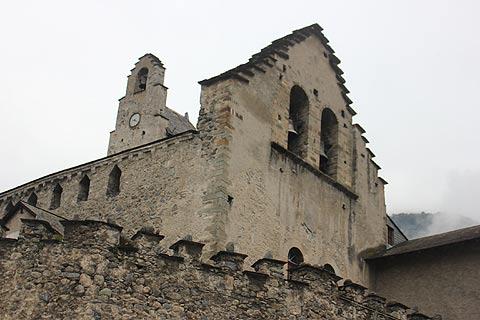 The small town of Luz-Saint-Sauveur is situated in the heart of the Pyrenees to the south of Lourdes. As well as having several points of interest in the town itself it is also very well situated for various activities in the surrounding mountains.

France This Way comment: many visitors to the Pyrenees will pass through Luz-Saint-Sauveur on their way somewhere else. Although the town is not a major attraction it does merit to be explored when you are here, or can act as a base for your sporting activities nearby!

The town is quite small but has all the facilities you need including cafes, small supermarkets and several hotels. Luz-Saint-Sauveur falls into two separate parts, with the main town centre being the northern part and the quieter section of the town, that developed around the thermal baths that have been here since the 16th century, towards the south. 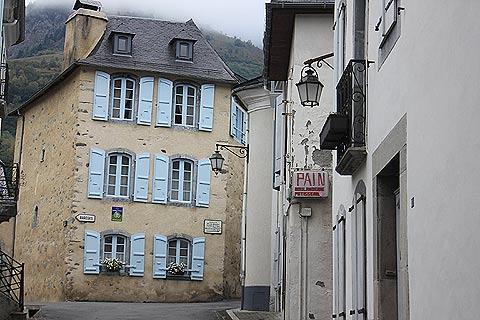 In the southern part of the town you should also pause on the Pont Napoleon where it crosses the stream called the 'gave de gavarnie' to see the deep canyon carved by the river and in the northern part of Luz-Saint-Sauveur you can see the principal historic monument in the town, the Church of the Templars.

Very unusual, this 12th century church is completely surrounded by high fortified walls - it was in this small area that the inhabitants would seek refuge when necessary, usually from bands of Spanish bandits. At the church you can see the original roman style entrance, some interesting paintings, and the church treasury can be visited (summer afternoons only).

The streets around the church also contain various buildings of interest, and are most active on market day (Monday).

While you are here you can also visit the Maison du Parc, the information centre for the Pyrenees National Park, in this part of Luz-Saint-Sauveur for more information about activities in the Pyrenees as well as exhibitions by local artists.

On the hill above Luz-Saint-Sauveur you can see the ruins of a 10th century castle. 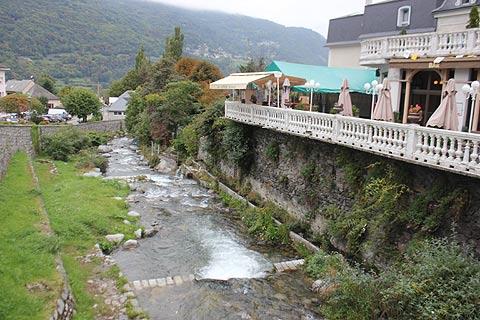 Of course there are numerous opportunities for outdoor activities in the region around the town, with hikes of every level of difficulty readily available. Popular sports close to Luz-Saint-Sauveur include horseriding, hiking and cycling and you will also find accrobranche (tree-top adventure park), via ferrata (assisted rock-climbing paths) and rafting centres close by with bungee jumping and paragliding for the adventurous.

Map of Luz-Saint-Sauveur and places nearby

Visit near Luz-Saint-Sauveur with France This Way reviews

Regular market(s) are held in Luz-Saint-Sauveur each Monday. (Markets are held in the morning unless stated.)