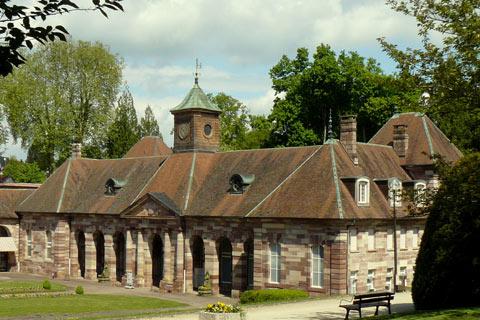 The town of Luxeuil-les-Bains is situated to the east of the Haute-Saone department, in the Franche-Comte region of eastern France. It is a pleasant town to explore with a good selection of open spaces and interesting historical buildings to enjoy.

The most important buildings in Luxeuil-les-Bains date from the 15th - 18th centuries, although the town itself dates back much further - at least 2000 years, as seen in the excavations around the place de la Republique. 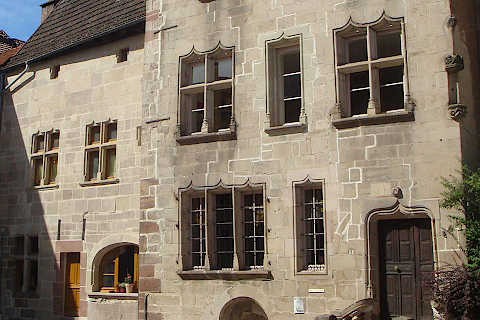 Your first port of call when you visit Luxeuil is likely to be Saint Peter's basilica, built in the 13th and early 14th centuries, in the gothic style and using the characteristic dark sandstone of the region. One of the highlights inside the basilica is the ornately decorated organ surround.

Originally built as the church for the monastery of Saint-Peter and Saint-Paul in Luxeuil, since the French revolution it has been used as the local parish church for the town. You will see some other parts of the monastery nearby, such as the substantial Abbatiale Palace, but most has been lost over the centuries.

Dating from slightly later in the medieval period there are some impressive 15th century townhouses such as the Maison du Cardinal Jouffroy, the Maison du Bailli and the Maison Espagnole. Each has its individual characteristics, while they each share the common feature of having decorative stonework, windows and architectural features.

It is interesting to now see the arcaded Maison Francois Premier and Hotel Pusel, to see how the architecture of Luxeuil-les-Bains changed over the following century with the arrival of renaissance style architecture.

A small museum dedicated to local history (in Gallic-Roman times) and more recent artists (especially locally born Jules Adler) can be seen in the Tour des Echevins, an attractive 15th century tower which also has good views across the town and surrounding countryside from the top.

The lace industry was very important here from the mid 19th to mid 20th centuries, and is commemorated in the 'Conservatoire de la Dentelle'.

Luxeuil-les-Bains also has a reputation as a local spa centre - and has been since Roman times. The original roman baths have been lost, but the spa is still based in the building established for the purpose in the 18th century by Louis XV, and continue to attract many visitors to Luxeuil. 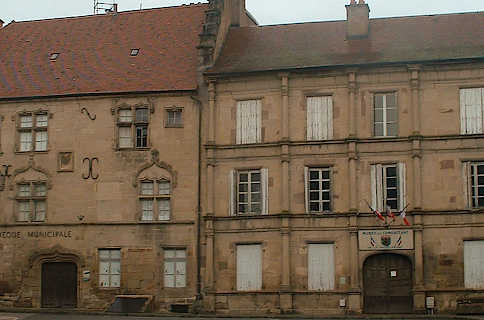 About 25 kilometres south-east of Luxeuil-les-Bains you can visit the Ronchamp chapel, famous because it was designed by the renowned architect called Le Corbusier.

Map of Luxeuil-les-Bains and places nearby

Visit near Luxeuil-les-Bains with France This Way reviews

Plan your visit to Luxeuil-les-Bains, Haute-Saone