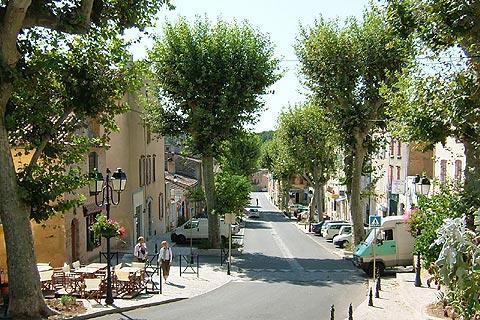 Lorgues is situated to the south-west of Draguignan in the centre of the Var department of Provence. This small town is in a lovely setting, typically Provencal with vineyards and olive trees around the town.

Until the end of the 19th century Lorgues was a thriving local centre for the production of oil, wine and flour so many of the buildings in the town are from this period. Since the 1980's the town has had a resurgence, largely due to tourism although wine production continues to play an important role.

France This Way comment: some visitors will find the faded charm of the centre of Lorgues attractive, others will think it is rather neglected... 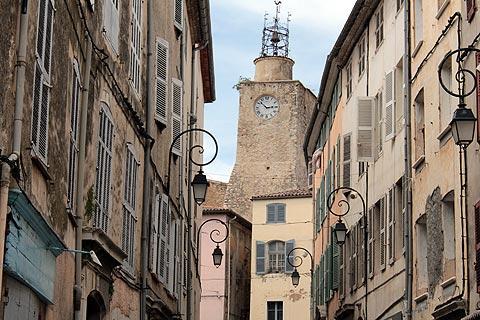 Within Lorgues town centre there are colourful houses, typical of Provence, several fountains, statues and washhouses, several chapels and also small squares with monuments and trees. Most of the main sights of interest in Lorgues are quite close together, between the town hall and the collegiale church of Saint-Martin.

The Palace of Justice and the Town Hall are the most impressive buildings in Lorgues from the 18th-19th centuries. It is interesting to compare the charming Provençal style of the Palais de Justice (in Place Neuve), built shortly before the revolution, with the classical style of the town hall, built shortly after the revolution: the two are completely different. While you are here take a look at the fountain in front of the town hall.

Further along the same street as the Town Hall and behind a small square you can see the clocktower, 28 metres high and with the ornate wrought iron campanile typical of this region of Provence. This tower was built in the 12th century as part of the fortifications of Lorgues, and transformed into a belltower in 1620.

The Collegiale St-Martin was built in the 18th century in the centre of Lorgues and is the most important monument in the town. The facade is in the classical style and includes three statues inset in closed arches while inside there is a highly regarded organ.

Among the oldest buildings in the town is an ancient baths called the Bains Maures, a small low building built in stone and entered by arches that is said to date from the 8th century. There are also substantial remains from the fortifications that surrounded Lorgues in the 12th century, and a couple of entry gates from that time can still be seen.

Elsewhere in Lorgues there are various decorative elements to enjoy such as fountains, a traditional washhouse and characterful doorways and shutters. 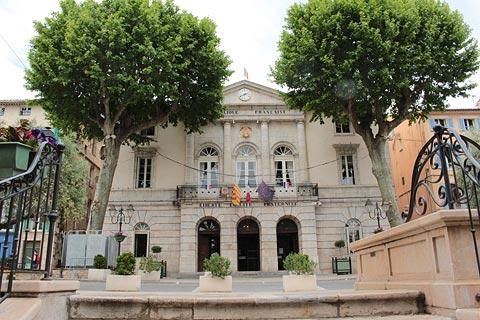 There are several interesting chapels in the region - in particular try and visit the Chapel of Notre-Dame de Ben-Va which has some exceptional 15th century frescoes. The 16th century hermitage of Saint-Ferreol is also recommended and contains an interesting Museum of Sacred Art.

The Abbey du Thoronet (a listed National Monument in France) a few kilometres to the south-west of Lorgues, is a very attractive Cistercian abbey with an understated beauty and is a haven of peace. Dating from the 12th century (although much renovated during the 19th century after falling to ruin), the cloisters and church are particular highlights.

Entrecasteaux, Tourtour and Flayosc are other small towns and villages near Lorgues and all worth visiting during your stay in the Upper Var and, like Lorgues, are also to the north of the 'Cotes de Provence' wine region. Among these Tourtour is notable as it is a listed 'beautiful village of France'.

Further afield Frejus and the Cote d'Azur are about 45 kilometres to the west and the Gorges du Verdon are a similar distance to the north.

Map of Lorgues and places nearby

Visit near Lorgues with France This Way reviews

Plan your visit to Lorgues, Var

Regular market(s) are held in Lorgues each Tuesday. (Markets are held in the morning unless stated.)

The French version of this page is at Lorgues (Francais)