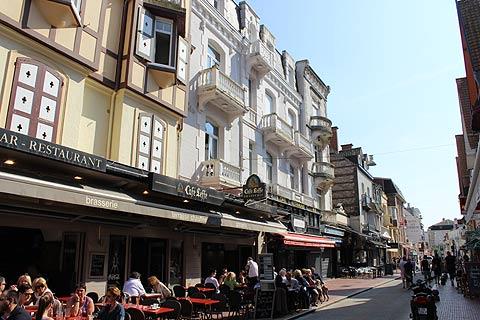 Le Touquet (correct name Le Touquet-Paris-Plage) is a lovely and very chic resort on the coast of the Nord-Pas-de-Calais region of northern France, 70 kilometres south of Calais and a two hours drive from Paris. The section of coast where Le Touquet is found is called the Opal Coast.

Le Touquet is close to both the channel tunnel and the Boulogne ferry routes making it popular with British holiday makers as well as Parisians heading for the seaside.

The resort has long been held in high esteem and since its creation in the last decades of the 19th century Le Touquet has been popular with Parisians seeking to escape the city. It continues to be one of the most sophisticated resorts in this part of France.

The 'invasion of the Brits' started early in the 20th century, and this was when Le Touquet really started to boom - within a couple of decades it had become a fashionable place for rich and sophisticated English to spend their time visiting or in glamorous second homes in the town. 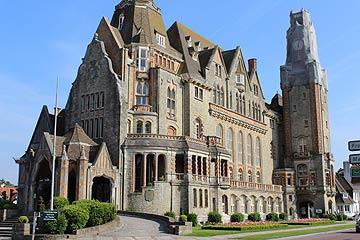 Before the creation of Le Touquet in the 19th century there was little here, but when development started the owner had the foresight to control overdevelopment, and many architects took up the challenge of creating interesting buildings here: several important architects of the epoque were attracted here to design impressive villas for the wealthy new arrivals.

Ask for a guide in Le Touquet tourist office which will help you discover many of the most important of these period houses, typically built between 1900 and 1920.

Many of the buildings from the first decades of Le Touquet have been preserved and maintained, and are now part of the tourist attraction and appeal of Le Touquet. The Town Hall and adjacent belfry are particularly impressive examples. The open gardens and flower plantings in the town, the cleanliness and general feeling of wellbeing, all contribute to the ongoing popularity of the resort, as do the large number of boutiques and specialist shops.

Le Touquet has all modern facilities, boutiques and shopping and restaurants (especially sea-food restaurants), casinos and sea related activities that you would expect of a vibrant sea resort.

Of course, visitors are also attracted here by the beach. The beach at Le Touquet is long, clean, and has lovely fine sand. If the weather is a bit poor for sea-bathing, or the children need more action, there is a 'water park' next to the beach called Aqualud. And for the adults? There is a popular seawater spa centre next to the beach.

The town also has numerous sports related facilities, including golf-courses, tennis courts and horse-racing. These activities help keep Le Touquet lively during the off-season months, as do the number of Parisians who visit all year round.

The market here is held in the partly-covered market hall, now a listed Historic Monument, on Saturday and Thursday mornings. After enjoying the market visit the garden next to the market. This is called the Garden of Ypres because during the first World War it was turned into a potato field to feed refugees from Ypres.

On the edges of Le Touquet the beach and edges of the village give way to a forest of 800 hectares planted by Maitre Daloz. A brochure available in the tourist office will provide you with a map of four different walks allowing you to explore different parts of the forest. The walks also go through mudflats and sand dunes and if you are lucky you may spot seals as well as many varieties of birds. 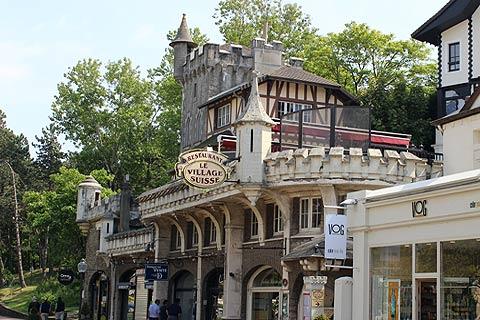 For more photos see our photo guide to Le Touquet.

When you tire of beaches and shopping we suggest a trip to the picturesque town of Montreuil, a few kilometres east of Le Touquet.

Map of Le Touquet and places nearby

Visit near Le Touquet with France This Way reviews

The French version of this page is at Le Touquet (Francais)