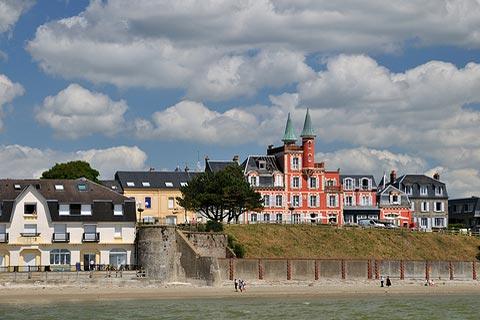 The popular town and beach resort of Le Crotoy is situated on the coast of Picardy in northern France. It is on the Bay of the Somme rather than facing the open sea, which gives the beach a protected south-facing aspect (it is said to have the only south facing beach in northern France).

The beach here is long and of fine sand, and the main reason why people visit Le Crotoy. There is a promenade that follows much of the length of the beach. 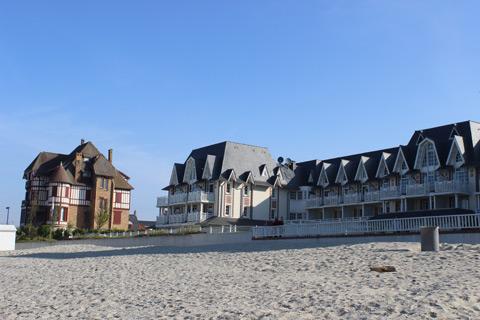 Because Le-Crotoy is on the Bay of the Somme, at low tide there is an enormous expanse of sand in front of the town, really almost as far as the eye can see. Indeed the sea is far away at low tide and the bay is like a huge sand flat covered with shallow pools of water.

Be sure to leave time to explore the town itself and the surrounding region. Le Crotoy town is attractive and lively, with a good selection of cafes and restaurants and all other facilities. Note particularly the church with a 13th century facade, and the red manor house (now a hotel) with two towers that dominates the skyline of the town.

As a reminder of the historical importance of the town, while taking a stroll around the port you might like to remember that it was not always so quiet here - some of the ships in the fleet that set off under William the Conqueror to conquer England left from this harbour. Another historical reference is the Joan of Arc monument that commemorates her imprisonment here for a month in 1430 while awaiting trial.

There is a history of literary and artistic residents in the town. The villa in the town centre called 'La Solitude' was once home to Jules Verne, and the novelist Colette and the post-impressionist painter Georges Seurat also spent extended periods in Le Crotoy. Several art galleries in the town continue this creative heritage.

One unusual site in Le Crotoy is the sheep that happily stroll around parts of the coast - during the winter the conditions are unsuitable and the town has a large and entertaining 'transhumance' event to move the sheep to higher ground for the colder season. 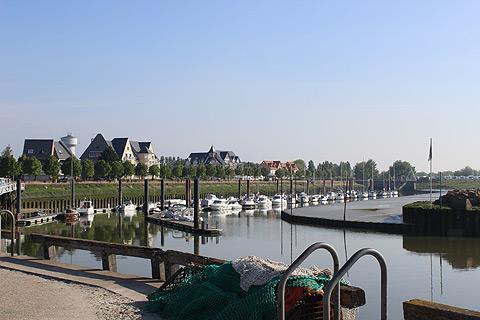 There is a popular tourist train line that leaves from Le Crotoy to discover the Bay of the Somme, on traditional trains some of which are steam operated. it is also possible to take a boat trip into the Somme Bay.

A large part of the bay is also a protected nature reserve, called the Ornithological Parc of Marquenterre and a big attraction for bird-spotters.

Map of Le Crotoy and places nearby

Visit near Le Crotoy with France This Way reviews

A seasonal market is held in Le Crotoy on Tuesday. (Markets are held in the morning unless stated.)

The French version of this page is at Le Crotoy (Francais)