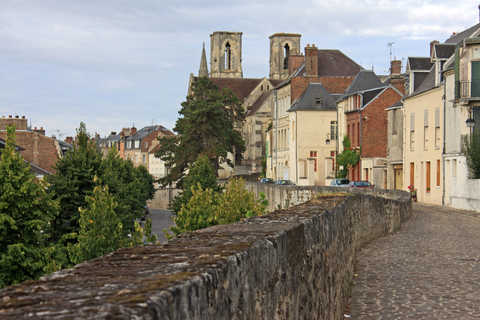 Laon is a town in the Aisne department of Picardy between Saint-Quentin and Reims.

There are several important monuments in the town and your visit to Laon will include one of the finest cathedrals in France, the Church of Saint-Martin and the Templars Chapel, as well as substantial parts of the town's medieval ramparts including two imposing gateways through the walls. 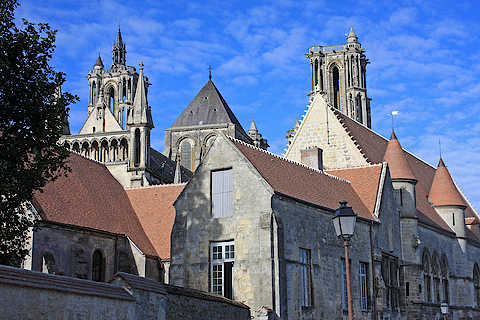 The cathedral in Laon is one of the earliest gothic cathedrals to be built in France, and dates from the 12th and 13th centuries. The cathedral is enormous so the towers of the cathedral are visible for miles around, and since Laon sits on a hill it also has good views across the surrounding countryside.

The facade of the cathedral is gothic in style and both the two towers and the entranceway are ornately decorated with numerous stone carvings. In addition, the chapter-house and the gothic style cloister are very impressive examples of early 13th century architecture. The brightly coloured stained glass windows in the cathedral are another highlight.

You can also see the chapel adjacent to the cathedral, while the medieval episcopal palace, also found next to the cathedral, is now a court-house. The Hotel-Dieu is another part of this ensemble of historic buildings, and one of the oldest hospitals in France (12th century).

Other monuments in Laon

Substantial parts of the original defensive walls are still intact in which you can see impressive gateways such as the Porte des Chenizelles, Porte des Soissons and the Porte d'Ardon, a very impressive entrance with 'half-towers' on each side: as you walk through the Porte d'Ardon you might remember that you are following in the footsteps of King Henry IV, who entered through this gate after besieging the town in 1594.

You can also se an original drawbridge, the carving on the wall where the armoury once stood, additional fortified elements such as the Morlot Laon Battery and the narrow slits through which soldiers could shoot in relative safety, and towers including a watchtower and the leaning 'tour penchée.

Part of the walk around the ramparts passes along tree-lined pathway outside the walls, and the walk also has nice views across the town and countryside.

The 13th century church and 17th century monastic buildings of the Abbey and Church of Saint-Martin have a beautiful cloister and numerous medieval statues and carvings and are another highlight of a visit (and now home to Laon library), as is the smaller 12th century Templars Chapel, all that remains of an important 12th century templar settlement here and a charming small building with an unusual octagonal structure. 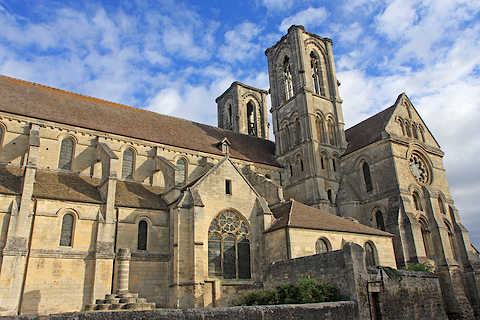 Less well known but interesting to visit - especially if it is raining outside - there is an extensive labyrinth of subterranean passages under medieval Laon that can be visited as part of a guided tour organised by Laon Tourist Office.

In the town of Soissons, about 30 kilometres south-east of Laon, you can see another abbey and cathedral.

Map of Laon and places nearby

Visit near Laon with France This Way reviews

Plan your visit to Laon, Aisne

Regular market(s) are held in Laon each Thursday. (Markets are held in the morning unless stated.)

The French version of this page is at Laon (Francais)