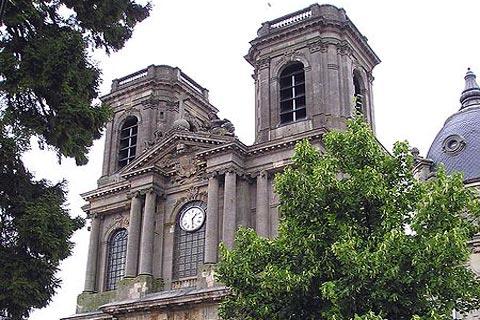 The town of Langres is in the Haute-Marne department of the Champagne-Ardenne region, 35 kilometres south of Chaumont. The town is in an attractive location, above the Marne river on the 'Plateau de Langres'.

In Langres itself you will find several sites of interest, because of which the town is officially listed as both a 'Town of Art and History' (ville d'art et d'histoire) and a 'Beautiful Detour' (plus beaux détour).

The main highlight is the ramparts that surround the town, about 3.5 kilometres long that can be walked around, and including seven fortified towers and seven gateways. Parts of the ramparts date back 2000 years, although some parts are much more recent - for example the citadel dates from the 19th century, and most of the towers date from the 15th-16th centuries. 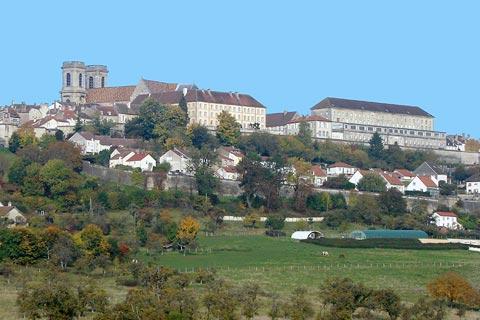 If walking is a bit much, there is a little tram that also makes the tour of the ramparts. Langres was the first town in France to have a train 'à crémaillère' - to enable steeper slopes to be climbed, these have a third 'notched' rail between the normal two rails, enabling better traction.

After exploring the ramparts you can continue into the historic centre of Langres where you can see some attractive streets, an exceptional Renaissance house, and the other high point of the town - the cathedral. The centre of the town is around the pedestrianised Place Diderot, where you can also see a bronze statue of this famous philosopher by Bartholdi (Diderot was born in Langres in 1713).

Built in the second half of the 12th century, the cathedral incorporates both the roman style and the gothic style, with a little of each, as well as a facade that was rebuilt in the 18th century in the classical style. The highlights in the cathedral include the carved stones, the tapestries, the ornamental stonework in the vaulted ceiling of the chapel de la Sainte-Croix (added in the renaissance period: 1549) and the treasury.

The 13th century cloister at the cathedral now houses the town library.

Other sights in Langres

Other historic landmarks in Langres include the Porte des Moulins, the Tower du Petit Saut, the remarkable carpentry work inside the Tour de Navarre and the Church of Saint-Martin.

Parks and gardens in Langres include the Square Claude-Henriot with a fountain and a cute 19th century music kiosk and the long tree-lined walk along the Promenade de Blanchefontaine. 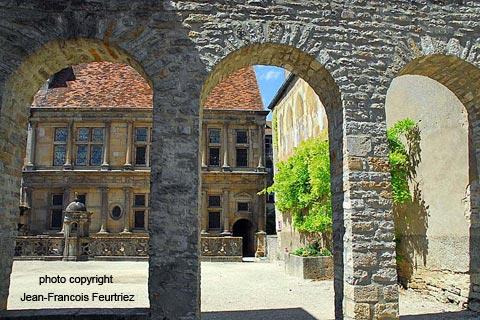 The quiet agricultural countryside around Langres is also known for a local cheese produced here, the 'Fromage de Langres'.

Now awarded AOC status (which means the name can only be used when the cheese is produced by traditional techniques in the immediate region, the cheese is small, round and with an orange skin and is the only cheese which 'collapses' during its maturation to form a concave dome in the top.

Most leisure activities near langres are based on the four lakes that are found close to the town (Liez, Charmes, Mouche and Vingeanne). Artificial lakes created more than 100 years ago, they are now centres for various leisure activities such as walking around the lakes or canoeing, pedalos and fishing in the lakes themselves. Birdwatching is popular around the Vingeanne Lake.

Map of Langres and places nearby

Visit near Langres with France This Way reviews

Plan your visit to Langres, Haute-Marne

Regular market(s) are held in Langres each Friday. (Markets are held in the morning unless stated.)

The French version of this page is at Langres (Francais)