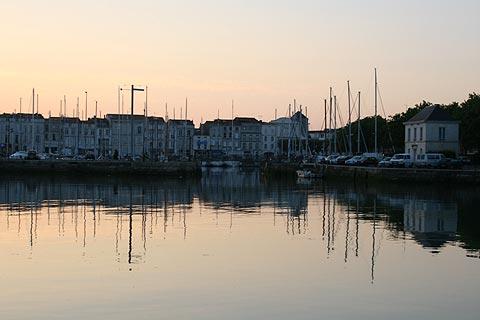 Many of the highlights of La Rochelle can be found around the harbour and in the streets immediately behind the harbour: this is the centre of activity in the town and where you will spend most of your time when you visit.

Start your visit with a walk around the harbour: there is a broad boulevard, ideal for promenading and for seeing much of the action of the town.

There are also a lot of market stalls here, buskers and street artists and a wide range of restaurants. 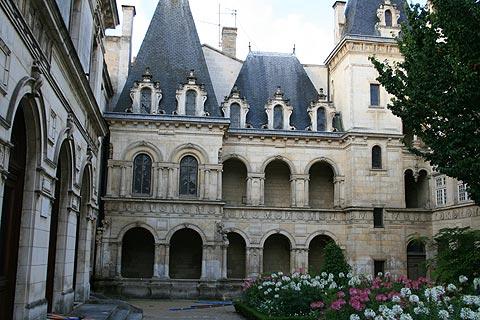 The restaurants along the harbour front are mostly 'cheap and cheerful' seafood type restaurants - for more "upmarket" restaurants in La Rochelle follow the street into the town that starts from the end of these harbour-front restaurants and enters the old town: at the point where it leaves the harbour, the whole street is lined with quality restaurants.

The most impressive entrance to the old town is next to the large clock tower, although many other entry points are possible.

Perhaps the most imposing of all the historical monuments in La Rochelle is the Town Hall - a lovely 17th century building with turrets and elaborate carvings, inside a fortified wall.

The House of Henry II, although really just a facade of a house overlooking a small garden, is almost as beautiful: it has a highly decorative appearance with numerous columns, and dates from the 16th century.

As well as these two important monuments, there are lots of other interesting buildings in La Rochelle old town including:

- the Church of Saint-Sauveur is a mix of styles from different centuries and periods of construction. A gothic church on the site of an earlier 12th century church was pulled down during the wars of the 16th century, although the belltower remains. Rebuilt again in the 17th century, the replacement church burned to the ground except for the facade, and was rebuilt in the early 18th century.

- the Cloister of the Dames Blanches and the adjacent protestant temple. Exhibitions are also sometimes held in the attractively planted cloisters, dating from 1706.

- the cobbled, arcaded street of Rue d'Escale, which leads to the House of Nicolas Venette, a house with numerous gargoyles and busts of doctors from antiquity. Nicolas Venette, an important scientist, was known for his book 'The Table of Conjugal Love'.

Other buildings of some interest include the Cathedral on Place du Verdun, the Chamber of Commerce and the Law Courts.

All these fine buildings are in a lovely setting, with numerous townhouses and pretty streets, and much to enjoy as you explore. This old town part of La Rochelle also has numerous boutiques and other shopping opportunities. 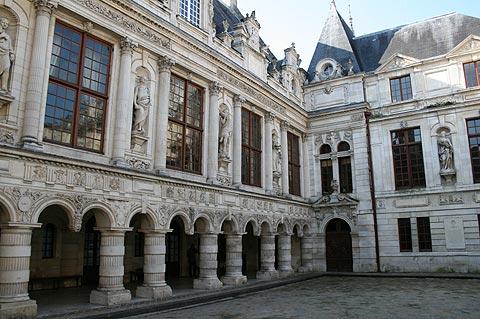 See our main La Rochelle guide for other attractions in the town such as La Rochelle aquarium and the Natural History Museum of La Rochelle.

Map of La Rochelle harbour and places nearby

Visit near La Rochelle harbour with France This Way reviews