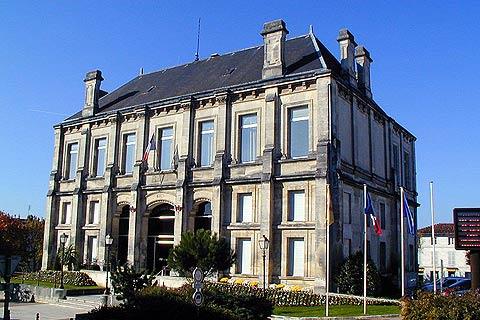 The town of Jarnac is on the banks of the Charente River, east of Cognac and west of Angouleme, in the eastern Charente department (Poitou-Charentes region) of France. The surrounding area is a gently rolling landscape of vineyards and other farming activities.

Start your visit in the centre of historic Jarnac at the Place du Chateau and along the Grand Rue, where you will find lots of shops and all facilities. You will want to explore the interesting variety of specialist shops in the town, including chances to buy chocolates, another speciality in Jarnac.

Because of its proximity to Cognac there are numerous producers and sellers of both cognac and the local charente wine within the town, often operating from grand 19th century townhouses (Jarnac falls within the region defined as the 'cognac appellation controlée'), and including world famous Courvoisier which is open for visits during the summer. There is also a museum dedicated to cognac in Jarnac.

Jarnac is best known as being the birthplace of Francois Mitterrand (President of France from 1981-1995), and it is possible to visit Mitterand's birthplace. In the Francois Mitterand museum you can see many of the objects he was given by foreign leaders and dignitaries during his years as president, as well as other tributes, photos and memorabilia, and models of some of the important monuments constructed while he was President.

Another highlight of a visit to Jarnac old town is the Church of Saint-Pierre and its crypt. This is an early roman style church dating in part from the 11th century, although there are many additions and modifications from the following eight centuries. The facade of the church is quite unusual with its rows of blind arches and columns: unusual because in the 19th century the original roman style facade needed repairing and the maire at that time decided it was cheaper to rebuild it than to repair it.

If you are able to visit Jarnac during the winter you can visit the truffle market, held from December to February in the town.

There are various historic monuments and small villages along the Charente river near Jarnac, such as the abbey at Bassac to the east and the Abbey de Châtre near Saint-Brice to the west.

You will certainly also want to allow time to explore Cognac, which is a lovely town that also enjoys a pretty setting on the banks of the Chrente river.

Map of Jarnac and places nearby

Visit near Jarnac with France This Way reviews

Plan your visit to Jarnac, Charente

Regular market(s) are held in Jarnac each every day except Monday. (Markets are held in the morning unless stated.)

The French version of this page is at Jarnac (Francais)