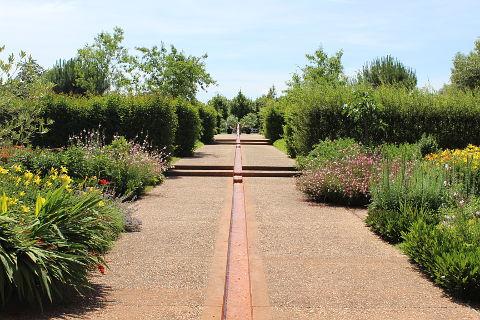 The Jardins de Colette is a large garden covering 5 hectares which tells the story of important phases of Colette's life through a series of gardens. Each of the gardens represent regions where the famous French novelist, Colette, lived during her life.

The lfe of Colette

Colette, born Sidonie Gabrielle Colette is one of France's most famous women novelists. She was born in Saint Sauveur en Puisaye in Burgundy in 1873 and lived here throughout her childhood. After leaving home she met and married Henry Gauthier Villars, known as Willy,  in 1893.

She started writiting and her first book, "Les Claudines" was published under his name - Willy. Colette married 3 times and lived in various different regions of France as her career and her relationships developed. She finally died in Paris at the age of 81. 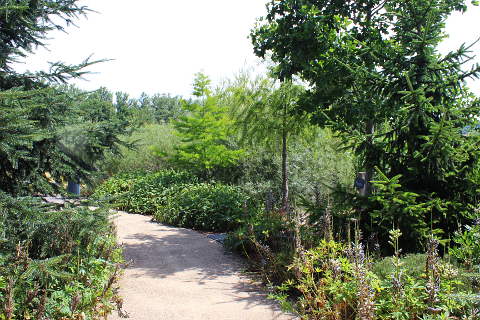 Explore the Gardens of Colette

The first garden represents Colette's first home in Burgundy.  This garden has been created in the same format as her childhood home with two parts; a botanic garden and a vegetable garden. Key plants include a wisteria which was one of Colette's favourite plants. Sadly following bankrupcy the family moved and in Paris Colette met Willy and married him.

Success with her writing led her and Willy to buy the "domaine des Monts Boucons in Franche-Comté and this period of her life is represented in garden two.; The house had a large park with beech trees, poplars, conifers and cypres trees and these play a large part in garden 2.

Willy and Colette divorced in 1910 following Willy's many affairs. Colette moved to Brittany where she added acting and dancing to her successful writing career. She did several tours of France. She bought the 'manoir de Rozven' near to Saint Malo and kept this house until 1927. 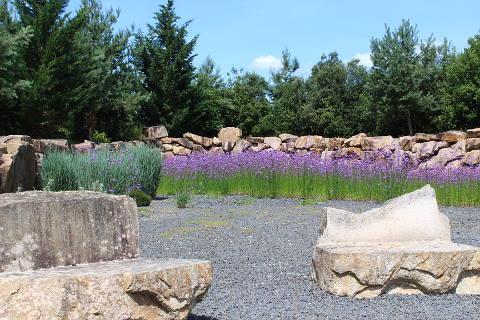 Garden 3 represents Brittany and has large slabs of granite representing the cliffs of the Brittany coast and ornamental grasses, Verbena bonasera and eryngiums evoke the coastal plants of the area.

In 1912 Colette married Henry de Jouvenel and discovered the chateau de Castel Novel which is next to these gardens in the Correze. Here she brought up her daughter who delighted in feeding the hens and so a hen coop or poulailler is part of garden 4 - the Correze garden. Also in this garden are several species of willow as willows were very important to this area at the time when Colette lived there and were used for basket weaving.

In 1925 Colette and Henry divorce and Colette meets Mauice Goudeket and moves with him to Provence. Colette buys a house near to Saint-Tropez and falls under the charm of this beautiful region of France. Garden 5 represents Provence and has a long rill of water which ends with a fountain.

To the sides are beautiful large flower borders filled with crocosmias, gauras, hemerocallis, rudbekias and lots more. These give way to olive trees and finally to a pretty rose garden. 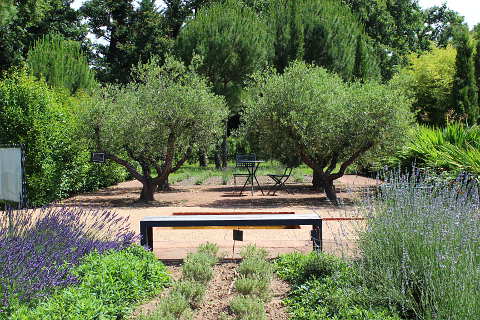 The gardens are open from the 1st April to the 1st November and can be found on the edge of the town of Varetz near to Brive-la-Gaillade.

Gardeners will want to visit the Jardins de l'Imaginaire at Terrasson and the Jardins du Manoir d'Eyrignac at Salignac-Eyvigues.

Map of Les Jardins de Colette and places nearby