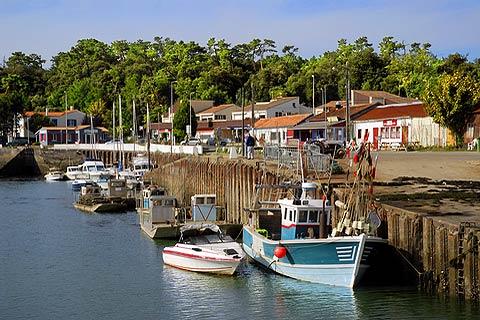 Ile d'Oleron, off the Poitou-Charentes coast south of Ile-de-Ré, is the largest island off mainland France except for Corsica, at 34 km by 15 km. The island is connected to the mainland by a bridge three kilometres long at Marennes (south-west of Rochefort).

The island is a very popular summer holiday destination, above all because of the consistent sunshine, small villages and impressive beaches. There are also various monuments of interest here, small ports and other activities of interest to visitors such as bike hire and golf. 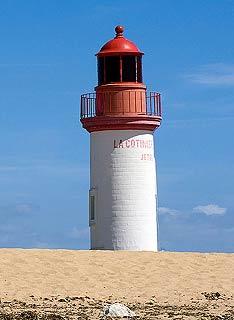 There are numerous beaches on Ile d'Oleron. Special mention goes to the Plage de la Remigiasse and the Grand-Village-Plage, perhaps the most popular beaches on the island, but there are sandy beaches to suit all requirements - from children paddling safely on a long sandy beach to smaller out of the way beaches and others more suitable for watersports.

Several of the Ile d'Oleron beaches are also supervised by lifeguards during the summer.

Apart from the beaches, two of the towns on the island are particularly worth exploring: Saint-Pierre (the capital of the island) in the centre; and Le Chateau to the east.

Le Chateau is named after the castle and citadelle and along with the surrounding fortifications by Vauban these make for an interesting visit to the town, which also has a small traditional oyster port.

Other noteworthy towns and villages on the island include Saint-Georges, once home to Eleanor of Aquitaine (who has left her architectural mark on the town), the little fishing ports of La Cotiniere to the west of the island and La Brée les Bains to the north-east, and the village and beach at Saint-Denis d'Oleron.

Another favourite is the harbour at Saint-Trojan les Bains to the south of Oleron.

Other sights and monuments

Among the popular monuments visit the castle and gardens of the Chateau de Bonnemie at Saint Pierre d'Oleron or the tallest 'lanterne des morts' in France also at Saint-Pierre d'Oleron, dating from the 12th century. Many of the towns have small churches to discover and the lighthouse called the Phare de Chassiron and gardens at the north-west of the island are worth a visit.

The museum in Saint-Pierre d'Oleron is a modern museum with many artefacts explaining the history of the island.

The above is just a small selection of the many villages, beaches and monuments that Oleron has to offer and you will discover your own favourites as you explore.

It has to be admitted that in the summer the island can become rather busy, but if the development and campsites becomes too much, the island is large enough that you can usually find somewhere calm and beautiful to recover yourself! Alternatively visit in June or September for a bit more peace in which to enjoy the pretty surroundings of Ile d'Oleron.

If you want to escape the thronging masses for a while, head to one of the two forests on the island - the Saumonards forest and the Forest of Saint-Trojan - for a little relief.

Map of Ile d'Oleron and places nearby

Visit near Ile d'Oleron with France This Way reviews

The French version of this page is at Ile d'Oleron (Francais)