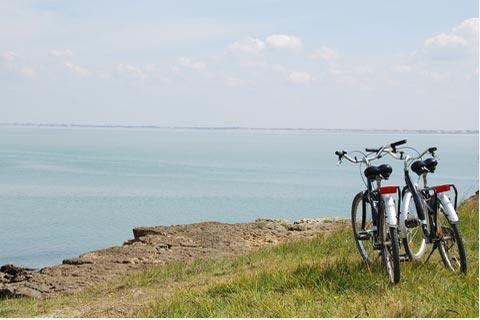 Ile d'Aix is quite a small island, just 2 kilometres long, on the Atlantic Coast. The island is reached by ferry from Pointe de la Fumée, 2km along a peninsula from Fouras and 30 km south of La Rochelle (summertime only - ferries also leave from La Rochelle and Oléron).

The industry of the island is currently based around oyster culture, with tourism also playing an important role.

It is useful to know a little of the history of the island since it plays an important role in a visit. Originally the island was heavily fortified, with fortifications added by Vauban, the renowned 18th century French military engineer, then subsequently improved again by Napoleon, in order to protect the naval base at Rochefort on the coast of the mainland. Fort Liédot was also used as a prison during the French Revolution, then later in both the Crimean and First World Wars.

The island is also well known as the island where Napoleon had a splendid house built. Unfortunately he was only able to spend a few days in the house, in July 1815 while he made his plans to escape to America, before his plans changed and he was exiled to Saint Helena instead. 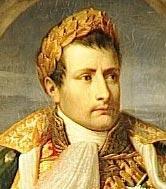 A pleasant island to amble around the Ile d'Aix is virtually car free (just fireman, dustbin collection etc), and there are several trails crossing the island (the northern part is more forested, the southern part more exposed).

If you don't like walking, bike hire is available and horse-drawn carriages also carry visitors around the island.

The forts are the main attraction, particularly Fort Liédot which is to the north of the island and now used for occasional outdoor events in summer and can be visited. The fort is broadly square, with the substantial fortifications and rooms surrounding an inner courtyard.

To the south of the Ile d'Aix you can also see the Fort de la Rade, an important fort until the early 19th century when Fort Liédot was built.

Just off the coast of the island is Fort Boyard, and reached by boat, this sturdy 19th century fort was subsequently used as a prison - and more recently as the base for a popular French television game of the same name.

In the small town around your arrival port there are a selection of restaurants, and shops providing basic requirements. (The restaurant at the Hotel Napoléon looks very tempting but a bit too expensive for us. Next visit perhaps...)

The two museums here owe their existence to a certain Baron Napoléon Gourgaud, descendant of the Baron Gaspard Gourgaud who accompanied Napoleon when he was sent into exile on Saint-Helene.

The house which Napoleon owned is now a Napoleon Museum, with a wide collection of paraphernalia related to his life and other military events from his career, including an extensive collection of painting, miniatures and busts.

Close by, there is also an African Museum on Ile d'Aix, featuring the hunting collection of Baron Gourgaud and various artefacts he brought home from his expeditions in Africa. As you might expect from an African explorer and hunter in the early 20th century the collection contains some rather surprising items!

Map of Ile-d'Aix and places nearby

Visit near Ile-d'Aix with France This Way reviews

Plan your visit to Ile-d'Aix, Charente-Maritime

The French version of this page is at Ile-d'Aix (Francais)