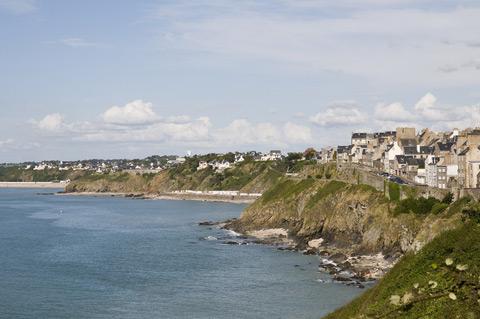 Granville is a coastal resort on the Normandy coast, to the north of Mont-Saint-Michel and south of Coutances, on the coast to the south-west of the Cotentin peninsula. The location of Granville at the entrance to the bay of Mont-Saint-Michel makes it a popular destination with visitors to the region.

A brief history of Granville

Originally created as a viking settlement, Granville subsequently became part of English territory in France from the 14th century until 1442 (just before the end of the Hundred Years War). Over the following centuries the town grew wealthy as one of the most important port towns in Normandy, the period during which the historic centre of Granville was developed.

The importance of the port for the navy led to substantial fortifications being built around the old town during the 17th century. By the 19th century fishing was declining and Saint-Malo had became a more important port. It was about this time that the Paris to Granville train line opened and Granville started to develop as a tourist destination. Many of the grand townhouses here date from this period of renewed prosperity.

Most visits to Granville will start with the beach! Along the seafront in the centre of the town, the Plage du Plat Gousset is an accessible and pleasant long beach and the centre of activity in the town. There is also a pleasure port and harbour lined by 19th century houses and an unusual art-deco style casino built in the early 20th century. 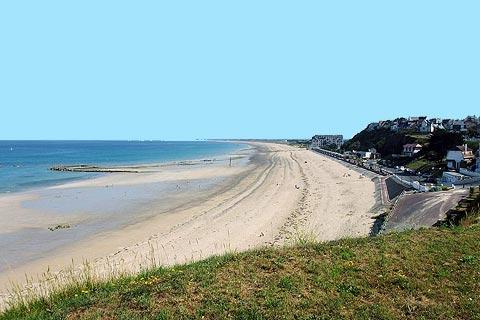 At the end of the beach you can climb the staircase that leads to the gardens and the 19th century 'Villa les Rhumbs' where Christian Dior and family spent each summer. Christian Dior was born in Granville in 1905 and baptised in the church here, and the house is now a museum dedicated to his fashion creations.

Behind the sea front you can explore the narrow streets of the historic centre, and the ramparts that surrounded the town, including the gateway and drawbridge that historically granted access to the centre. You will also find a very wide selection of restaurants here in the town centre.

The most important religious monument in Granville is the 17th century Church of Notre-Dame, in the historic centre and overlooking the sea, with the church tower acting as a beacon to arriving boats. The church is best known for its contemporary stained glass windows. You can also see the church of Saint-Paul and a small and unusual protestant temple in the town.

There is a focus on plants and flowers in Granville - the town is 3* Ville Fleurie, and as well as the Christian Dior garden you will come across the extensive Val-es-Fleur park and other small parks in the town.

Apart from the Christian Dior Museum, Granville also has a Museum of Modern Art (mostly works of art by lesser known modern artists from the early 20th century) and a museum dedicated to the historical heritage of the town. 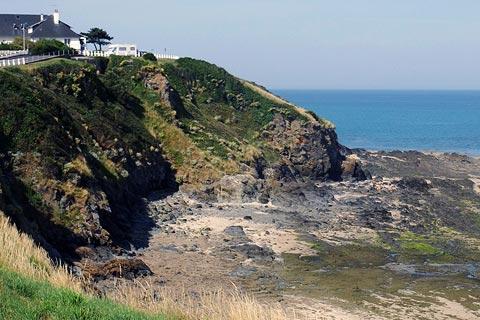 A very popular trip from here is the boat trip to the Iles Chausey, a group of islands 15 kilometres from Granville with pretty small beaches and natural harbours to discover.

When you are not on the beach we suggest a trip to see the evocative Abbey at Hambye, about 20 kilometres north-east of Granville.

Of course, nobody will visit Granville without also enjoying an excursion to see the famous abbey at Mont-Saint-Michel, the most visited destination in France outside Paris. If you are adventurous it is also possible to walk to Mont-Saint-Michel as part of an organised group crossing of the bay, but note you should not attempt this on your own because the sands and tides can be very dangerous without an experienced guide.

See more of the popular resorts and beaches in Normandy

Map of Granville and places nearby

Visit near Granville with France This Way reviews

Granville is classified as a recommended detour town (plus beau detour)

Plan your visit to Granville, Manche

Regular market(s) are held in Granville each Wednesday & Saturday all day. (Markets are held in the morning unless stated.)

The French version of this page is at Granville (Francais)