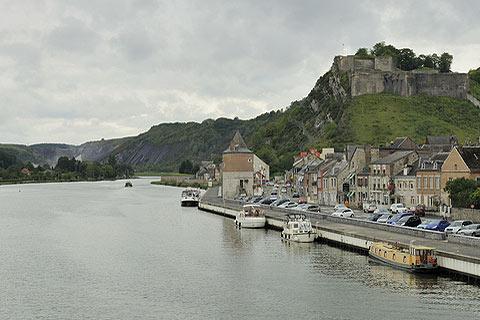 The small town of Givet is situated to the north of Montherme and to the north of the Ardennes department in north-east France. The town is on the Meuse river on a narrow strip of land that is surrounded on all sides by the frontier with Belgium.

There are several places of interest to explore in Givet, and the fortress of Charlemont, at one end of the town on a raised hill and dominating the river and town below, is the most important. The castle was built in the middle of the 16th century to protect Spanish territory (the Spanish forces occupied the surrounding territory, known as the Spanish netherlands, at that time) from the French. 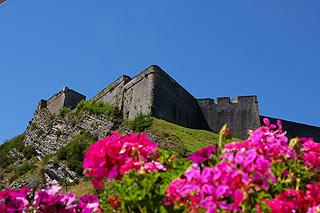 Further reinforcements were added during the 17th century, which successfully withstood several attacks by French forces - although the territory was then handed to France in 1678 as part of a settlement (the Treaty of Sijmegen, that ended the Dutch War).

Now in the hands of the French, the castle was further reinforced by Vauban, the French military engineer, during the late 17th century. The fortress saw military action during the 19th century and the Napoleonic Wars (it was occupied by the Prussians and then later by the Russians), and then again in 1914 when the fort was captured by the Germans. The town and castle were again captured by the Germand from 1940 - 1944.

Substantial parts of the original defensive walls have subsequently been demolished. The castle is still owned and operated by the French army, so access to most parts is limited.

The town itself was very badly damaged during the Second World War and many of the original buildings were not reconstructed. However there are still some buildings of interest to see and an attractive stretch of river frontage.

The imposing if rather sombre Church of Saint-Hilaire dominates the centre of Givet and dates from the 17th century. It includes an unusual clocktower to the left of the main facade and very unusually there is a street (called the Rue de la Fausse Porte) which passes along a vaulted passageway under part of the church.

Other notable momuments in Givet include the Convent of the Recollectines (now the town library and exhibition centre); the 18th century Church of Notre-Dame on the banks of the Meuse; the Town Hall, with its external balcony and tower; and the Porte de France - originally a defensive gateway into Givet that is now the main road and rail access through the defensive walls.

Events and activities in Givet

The appearance of the first fairs in Givet dates to the 17th century and with a decree by Napoleon on December 12, 1806, the date of the annual fair of St Martin at Givet was fixed as the 11 November.

This agricultural show takes its name from the dominant presence of onion on the stalls. Today this traditional fair is famous beyond the borders of the Ardennes and attracts more than 500 street vendors from all over France and between 20,000 and 40,000 visitors from neighboring regions. Nowadays the event is less agricultural and there are many things available: onions, clothes, shoes, cosmetics, decorations, drinks, gourmet foods, vegetables .... 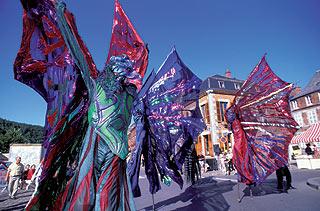 This is the name of the multidisciplinary festival that takes place each summer in Haybes, Vireux-Wallerand, Fumay and Givet et combines music, street theater and fireworks. A program where explosive talent and creativity meet. Behind the magic of the show and this success is the community of communes of the Ardennes Meuse Rives.

Since 2003, these events have become almost a tradition in the territory Val d'Ardenne. Every year thousands of people attend various events free of charge. "The opening of the ball" is usually done at Haybes where fireworks are shot from the edge of the water. The program continues in three other areas (Fumay, Givet and Vireux-Wallerand). They receive stars such as Louis Bertignac along with regional talent.

European Centre for arts and crafts

The European Centre for arts and crafts at Givet is the cultural center of the territory to the north of the French Ardennes, a place for temporary exhibitions and the best known space & exhibition centre for artisans to sell to the public. Over 5000 items signed by their creators are exposed, often unique or produced in small series, and each object of craftsmanship has its certificate of authenticity. 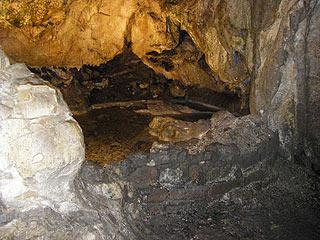 These include a voyage underground at the Grotte de Nichet at Fromelennes and the village at Hierges. You can also visit the small town at Vireux-Molhain, and at Fumay you can discover a traditional slate mining village - and a daredevil adventure park!

If you are near Givet at the first sunday of July be sure to visit the horse fair at Hargnies.

Map of Givet and places nearby

Visit near Givet with France This Way reviews

Givet is classified as a recommended detour town (plus beau detour)

Plan your visit to Givet, Ardennes

Regular market(s) are held in Givet each Friday. (Markets are held in the morning unless stated.)

The French version of this page is at Givet (Francais)