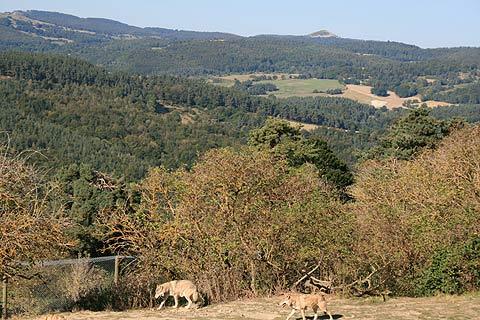 The Park of the Wolves is a popular tourist attraction where visitors can see wolves living as they would in the wild, about 10 kilometres south of Aumont-Aubrac in the Lozere department of France.

Explore the Park of the Wolves in Gévaudan

The park of 'Les loups du Gévaudan' was created by Gerard Menatory who wanted to create a park where wolves could live in semi-freedom. It covers a terrain of 15 hectares and contains over 100 wolves distributed between several geographical areas: there is a Siberian reserve, a Canadian reserve and a Mongolian reserve. 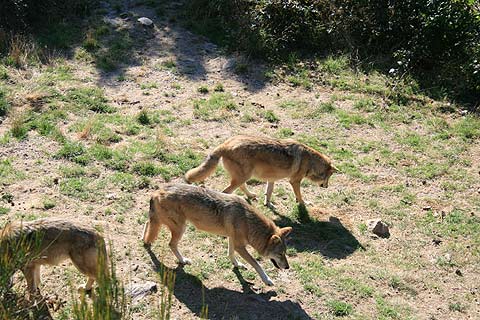 It really is wonderful to see the wolves up close and if you are lucky you will hear them making their incredibly eery wolf howl.

When you visit the park most of its wolves stay hidden and away from the welcome centre with its bar, shop and museum but during visits wolves are given appetizers to attract the most friendly to come to the Centre where they can be seen.

The different species are kept separate so they don't inter-breed and this means that during your visit you can spot the differences between the sub-species. The guide is one of the wolf keepers and will give you an excellent insight into the life and social organisation of the wolves. Information packs are available in English if you don't speak French.

As well as the wolves, the is situated high up above some amazing views of the hills and valleys surrounding the park. It really is a very beautiful spot.

The park des Loups du Gévaudan is open to visitors all year except for annual leave from early January to mid-February.

The Beast of Gevaudan

The associaton between Gévaudan and wolves dates from a historical story that started about 250 years ago.

In 1764 a beast massacred around one hundred people in the Gevaudan area, predominantly women and children. Many myths and legends grew up around the beast and its fame continues today  - see two recent films on the subject: Brotherhood of the Wolf (2001) and La Bete du Gevaudan (2003).

Many hunts were organised to find and kill the beast and all failed until in 1767 the beast was killed. It was a wolf. And so continued the bad reputation of the wolf.

The killings do not follow normal patterns of behavoir for a wolf, nor indeed did the human remains seem to correspond to the damage a wolf could inflict. The truth is still not known but two possibililties seem to be that either it was a wolf crossed with a large domestic dog or it was an Asian Hyena (there were some in the area at the time). 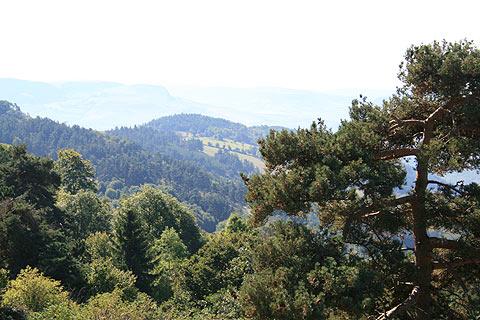 The park of the wolves is in one of our favourite areas of France, because of its scenic beauty. Among places you can explore, the Gorges du Tarn, the Gorges de la Jonte and the Cevennes National Park all have their own charm.

Map of Les loups du Gevaudan and places nearby