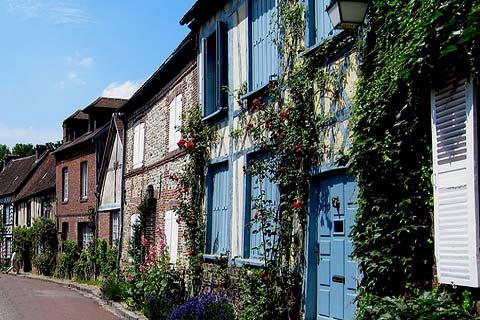 The village of Gerberoy is located towards the west of the Oise department of northern France (hence in the Picardy region). It is found close to Rouen (to the west), Amiens (to the north-east) and Beauvais (to the east).

Officially classified as one of the 'most beautiful villages in France', Gerberoy is best known for its picturesque 17th-18th century cottages. Many of these are half-timbered while others are built in traditional brick.

The narrow streets and alleys through the village also contain an abundance of flowers and gardens (especially roses and wisterias) that line the streets and clamber up the buildings. 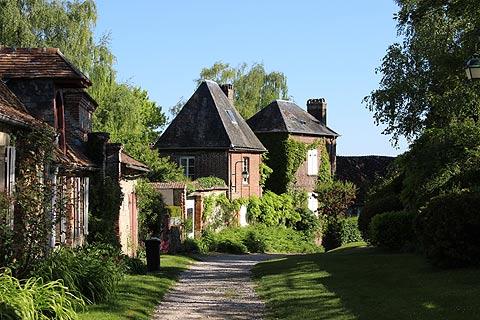 Together these elements combine to make Gerberoy a very attractive village to explore with the period from late spring to the end of July the best time to visit if possible, to see the flowers at their best. Even better, visit on the third Sunday in June when the Gerberoy flower festival takes place.

Interestingly, the transformation of the village from quiet backwater to popular tourist attraction took place at the start of the 20th century and was due to one man, an artist called Henri le Sidaner. Sidaner moved here and planted roses both in his own garden, elsewhere in Gerberoy, and around the ruined fort, starting a trend among the villagers and the re-birth and rediscovery of this once important medieval town.

Today you can visit his lovely terraced garden which is laid out in various colour themes. He has also added a kiosk based on the 'temple of love' built for Marie Antoinette in the Trianon gardens. This has been built on the ruins of the ancient fortress that once defended Gerberoy.

Even today you are likely to see artists following in Sidaner's footsteps and quietly painting pictures of the pretty streets.

Apart from the pleasures of simply strolling through Gerberoy, there are also a few historical buildings to see, including the 15th century Collegiale Saint-Pierre. The houses in Rue du Logis du Roy are some of the oldest in the village. The Maison Henri IV sheltered Henri IV when he was hurt in a battle in 1591.

In the centre of the village is the Hotel de Ville. Underneath is the covered market, and above the market is a small museum featuring items relating to the history of Gerberoy. No 7 Rue Henri le Sidaner was once the home and workshop of Henri Le Sidaner.

You can also follow the walk around the ramparts that originally defended Gerberoy, from where you get a good view of the terraces of Le Sidaner's garden.

It is hard to believe now but up until the 15th century Gerberoy was the scene of many battles and onslaughts. It sits on the ancient border between Normandy, which was once English, and France. The village was surrounded by ramparts and entered only through a fortified stone gateways which still remains. 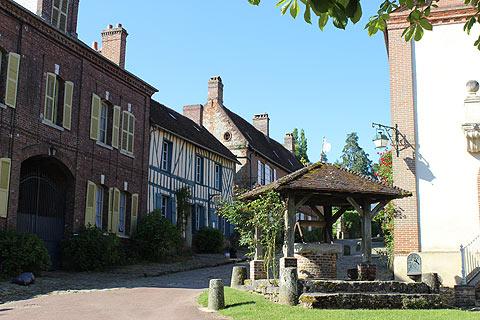 While you are here you can visit the small town of Lyons-la-Foret, a pretty town to the south-west of Gerberoy.

If you are looking for something more exciting, the children will enjoy a visit to the theme park at Parc Saint-Paul, south-east of Gerberoy and near the town of Beauvais.

Map of Gerberoy and places nearby

Visit near Gerberoy with France This Way reviews

Plan your visit to Gerberoy, Oise

The French version of this page is at Gerberoy (Francais)