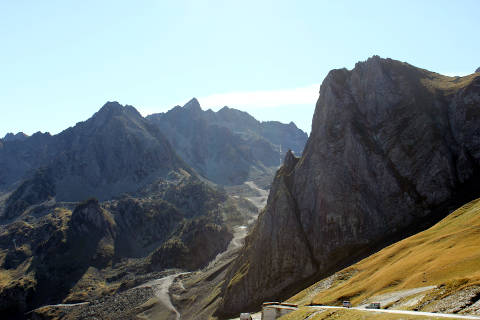 The Col du Tourmalet is the highest road in the Pyrenees, reaching 2,115 metres above sea-level at its highest point, in the mountains south of Lourdes and Bagneres-du-Bigorre.

The road that crosses the col can be followed from either the east, starting from Sainte-Marie-de-Campan, or the west starting from Luz-Saint-Sauveur. En route it passes through some of the most stunning mountain scenery in the Pyrenees.

From the col you can also access the Pic du Midi, one of the highest peaks in the Pyrenees, and the Tourmalet ski region (the largest in the Pyrenees).

First crossed by the Tour in 1910 when the road was little more than a rough track it is also one of the most challenging hill climbs in the Pyrenees, and many hopes and aspirations of winning the Tour have been made and lost on the steep road that crosses the pass.

If you are planning to cycle the Col du Tourmalet yourself you are perhaps wondering if one direction is easier than the other?

The second of these routes passes by the ski resort of La Mongie about 5km before the summit, and is generally agreed to be the slightly easier of the two, but cyclists looking for an easy option won't be coming here in the first place I imagine! 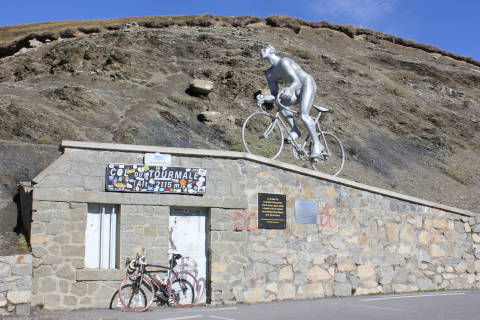 There is a great deal to enjoy in the Pyrenees National Park around the Col du Tourmalet for hikers, cyclists, skiers - and those who prefer to admire the scenery from their car!

The trip up the Pic du Midi is a highlight, and the town of Arreau to the east is one of our favourite towns in this region.

Map of Col du Tourmalet and places nearby

Visit near Col du Tourmalet with France This Way reviews