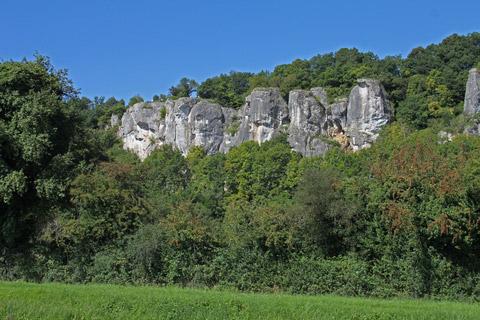 Clamecy is in the Nièvre department of northern Burgundy, to the west of Vezelay (not to be confused with the small village of the same name in the Aisne region of Picardy). Set in the wooded landscape of the Yonne Valley, Clamecy is an attractive small town that lies at the confluence of the Yonne and Beuvron rivers, and the Canal du Nivernais.

This riverside location made the town an important centre for wood transportation from the 16th-19th centuries, when wood was transported along the Yonne River by floating it downstream.

Your visit starts in Clamecy old town, with a look at some of the very pretty medieval houses in the town, often in colombage, based in the region around the Church of Saint-Martin and along the Rue de la Monnaie and Rue du Café. 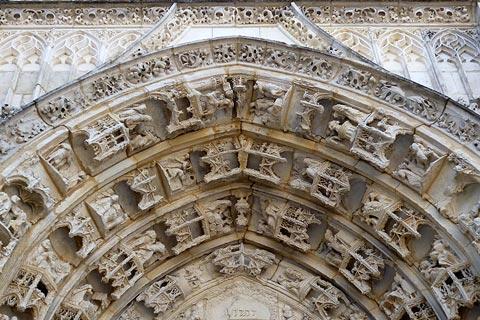 It is a pleasure to explore the narrow pedestrian streets, discovering impressive buildings at each turn - the half-timbered medieval Maison du Tisserand is a particularly interesting medieval house (and among my favourites of its type in France).

This historical centre of Clamecy is now officially protected from development (a 'secteur sauvegardé).

Among particular highlights you will see the Collegiale Saint-Martin church. The church has its origins in the 13th century although the tower and the facade which dominate its appearance today were re-built in the early 16th century century in the 'flamboyant gothic' style with ornate stonework including some gargoyles and an imposing entranceway, the stonework of the rose window and the carved stone on the tower to the right of the facade.

Other buildings of note in Clamecy include the grand artillery school (now the Francois Mitterand centre) and the protestant temple.

In contrast to the historical centre of Clamecy there is a very unusual curious neo-byzantine style church in the town, the Church of Notre-Dame-de-Bethlehem, notable for being one of the first churches in France to be built from concrete, in 1926. Personally I prefer concrete buildings to look modern and churches to look old, but I'm no architect, see what you think yourself.)

There are also several statues that you will notice as you explore the centre of Clamecy: the best known is the 'Homme du Futur' by César, a rather disturbing statue (on a roundabout) that appears based on a Mad Max movie!

The Romain Rolland Museum of Art and History explains the historical importance of the region, and how it developed around the business of floating wood downstream along the river, as well as featuring various items of archaeological interest found nearby.

After exploring the centre of Clamecy you will want to take a stroll along the picturesque banks of the Beuvron river. 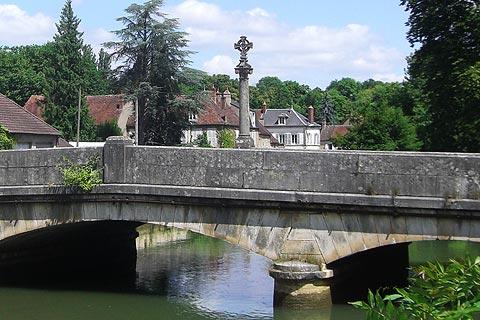 It is pleasant to walk or cycle along the canal, with pretty scenery across the fields and cliffs, and barge holidays are also a popular way to explore the canal, which passes through a great deal of attractive Burgundy countryside.

The countryside around Clamecy is promoted as the Vaux de Yonne, and there are many quaint villages to explore, each with their own individual characteristics. Among our favourites are Armes, Dornecy, Oisy, Surgy and Chevroches.

You can find more travel ideas in the Nievre guide and the Burgundy guide.

Map of Clamecy and places nearby

Visit near Clamecy with France This Way reviews

... or see ALL recommended places to visit in Nievre

Plan your visit to Clamecy, Nievre

Regular market(s) are held in Clamecy each Saturday. (Markets are held in the morning unless stated.)

The French version of this page is at Clamecy (Francais)