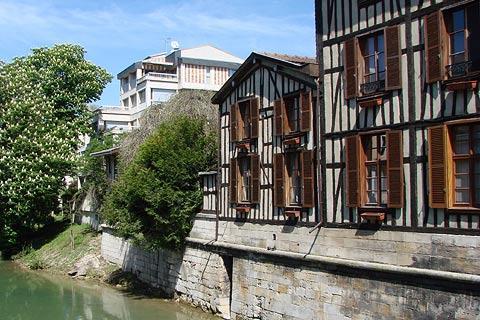 The town of Chalons-en-Champagne is the prefecture town for both the Marne department and the Champagne-Ardenne region. Although the region is not top of the list of tourist destinations for visitors to France the town contains a good number of places and historical monuments of interest and a visit is recommended when you are in the region.

To better appreciate a visit to the town a few words about its history will be useful. Chalons has been an active regional trading centre since Roman times, 2000 years ago, due to its position on a major trade route. This role continued and flourished during the Middle Ages when it became an important centre for the wool trade. 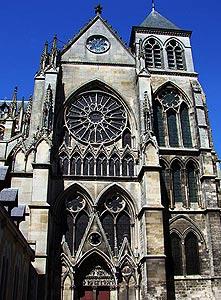 The most interesting historical monuments in the town date from its prosperity during the 12th century. The centre of Chalons-en-Champagne that is of interest to visitors is reasonably compact and falls between the Boulevard Leon Blum to the north and the Le Jard Parc to the south.

The Tourist Office in Chalons-en-Champagne have gone to a lot of trouble to help visitors make the most of their time in Chalons so we suggest you visit them as soon as you arrive in the town to help you get your bearings and for a map of the highlights in the town.

Monuments and places of interest

The majority of the important historical monuments in Chalons-en-Champagne are religious in nature and include the 12th century Collegiate Church of Notre-Dame-en-Vaux which is important enough to be listed as World Heritage Site as one of the list of monuments on the important medieval pilgrimage routes through France.

The building is mostly in gothic style, and a very impressive design with two spires to the front and two towers with decorative arches to either side of the chevet at the rear of the church (these were also originally spires but these were removed during the revolution).

You can also visit the museum that contains a significant part of the cloisters that were once attached to the cathedral which originally formed part of a complex that also housed monks.

Other religious monuments in Chalons-en-Champagne

Other notable religious monuments in Chalons-en-Champagne include:

- The 13th century Cathedral of Saint Etienne, an impressive example of gothic style architecture in the region, with a baroque facade added in the 17th century. The stained glass windows and the vaulted roof above the nave are among the highlights in the interior.

- The 12th century Church of Saint-Alpin, which was much modified in the renaissance style during the 16th century

- The church of Saint John, about one kilometre east of the town centre, is notable for dating in part from the 11th century, which makes it the oldest building in Chalons-en-Champagne. It is studied by enthusiasts of medieval architecture because its long period of construction (from the 11th to the 16th century) means the church contains elements of roman, gothic and renaissance architecture.

- on Rue Lochet you can see a Protestant Temple and a Synagogue. Although these buildings were constructed in the 19th century, the Synagogue in particular is worth seeing for its unusual moorish design. 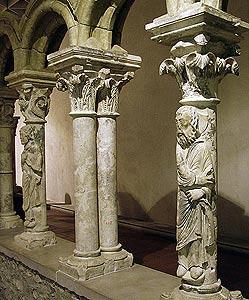 Elsewhere in Chalons there are several other buildings of interest that you will discover as you explore. Particularly imposing is the 18th century Town Hall, built in the neo-classical style popular at that time with a grand colonnaded facade and a clock tower on the roof.

Personally I prefer the rather less grandiose buildings and the general atmosphere created by the presence of 'everyday' medieval houses around the town centre.

In particular take a look at the charming manor house at 10 Rue de Chastillon, and as with many French towns the tourist office have claimed one of the finest buildings for themselves - an attractive 16th century colombage house*. You can find another particularly impressive colombage house close to the Church of Notre-Dame-en-Vaux.

*Until 35 years ago the Chalons-en-Champagne Tourist Office stood elsewhere in the town, but the whole building was relocated to its current position as part of a town development!

There are also several interesting statues and war memorials that you will see in Chalons-en-Champagne including the monument to those who died in at the hands of the Nazis in the 'Square du souvenir Français' and the Porte Sainte-Croix, a substantial stone arch built in the 18th century to celebrate the marriage of Marie Antoinette to the future King Louis XVI. 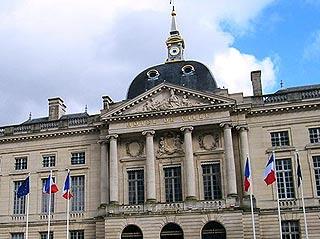 Parks and gardens in Chalons-en-Champagne

There are numerous small park areas and streams within the town, so you are never far from a chance to escape the crowds and find a moment of calm.

The three principal parks in Chalons-en-Champagne form a group towards the south-west of the town centre and each deserves exploration: the Petit Jard part of the park is our favourite, and includes an arboretum with lots of impressive specimen trees; the Grand Jard is more of a French style garden and includes a traditional bandstand; then across a bridge to reach the Jard Anglais, a more open park area closer to the river.

It is possible to take boat trips or hire a canoe to explore the town by its waterways or follow a guide tour organised by the Tourist Office (most activities such as these are only available in the summer).

A few kilometres to the east of Chalons-en-Champagne you can visit the basilica of Notre-Dame in the village of Epine.

Map of Chalons-en-Champagne and places nearby

Visit near Chalons-en-Champagne with France This Way reviews

Plan your visit to Chalons-en-Champagne, Marne

Regular market(s) are held in Chalons-en-Champagne each Wednesday all day & Saturday all day. (Markets are held in the morning unless stated.)