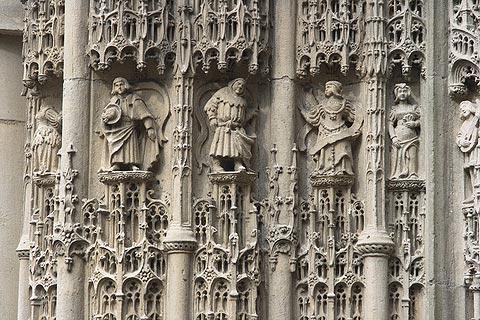 With the focus firmly on the riverside, your visit will surely start with a stroll along the Seine river banks in Caudebec-en-Caux, admiring at the same time the gardens and houses that line the peaceful waterway.

Moving next into the historical centre of the town, one particular highlight is the 15th century gothic style church of Notre-Dame, an attractively ornate church that Henry IV reputedly said was the most beautiful church in his kingdom. There are numerous decorative stone carvings on the exterior of the church - note especially the carvings in the entranceway and the ornate belltower - while the interior features some impressive medieval stained glass windows and a 16th century organ. 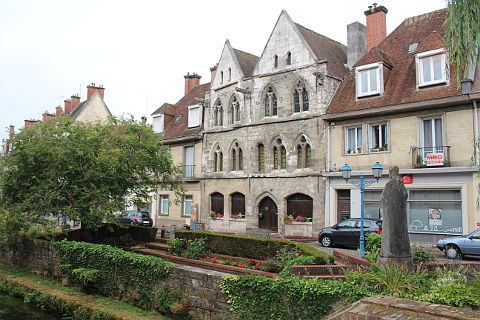 Among the other notable landmarks in Caudebec-en-Caux are the 12th-13th century Maison des Templiers, which is among the oldest houses in Normandy and has a facade featuring gothic style arched windows. This is a very attractive house that is thought to have at one time been a temple, which gave the house its name.

You will also see the 14th century prison which now looks like a charming stone town house but presumably was less inviting 600 years ago, and two towers - the Tour d'Harfleur and the Tour des Fascines - that were once part of the towns 14th century defenses.

The Maison des Templiers now contains a museum of local history and a second museum, the Musée de la Marine de Seine, in Caudebec-en-Caux explains the history and importance of the Seine River in the region for both fishing and local industry. 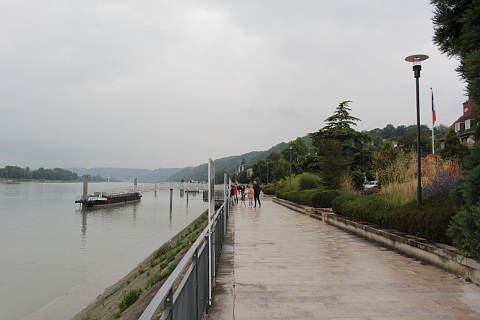 Caudebec-en-Caux is a listed 'station verte' - a town that focusses on protecting the natural environment while providing varied facilities for visitors. As an example you can follow the guided trail through Les Marais, a preserved natural area that also serves the important function of regulating the water level, hence preventing the town from flooding.

Boat trips along the river are popular with visitors to the town. There are also several places on the hills nearby which offer lovely views across the river, such as at La Vignette, or follow along the banks of the river itself.

The region around the town is known as the Pays de Caux Vallée de Seine and at the centre of the 'Parc Naturel Régional des Boucles de la Seine Normande'. Just outside Caudebec-en-Caux you can visit the 14th-15th century Chateau d'Etelan to the south-west, and the Abbey de Fontanelle is also a popular local attraction a short distance east of the town.

The nearby Jumieges Abbey and pretty village of Jumieges are worth a visit.

Although it is about 40 kilometres from Caudebac-en-Caux, the town of Rouen has a very impressive historic centre and a visit is recommended.

Map of Caudebec-en-Caux and places nearby

Visit near Caudebec-en-Caux with France This Way reviews

Plan your visit to Caudebec-en-Caux, Seine-Maritime