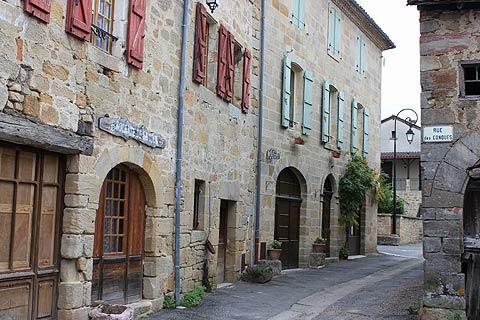 Cardaillac is a picturesque village in an imposing position on a raised ridge to the north-west of Figeac and officially listed as one of the 'most beautiful villages of France'.

As you enter the village pay attention to the sign (French only) that tells you to ignore the urge to walk straight into the village centre! Instead take the steep track to your right that turns into a path underneath the cliff on which the village is built, and useful to see why this naturally defensive position was chosen for the village.

The village is divided into three parts: the original village that developed in and around the medieval fort; the area around the church; and the region around Place Marcadiol and the medieval garden. While all the parts of Cardaillac are interesting and deserve to be explored, it is the part around the fort that contains the most buildings of interest. 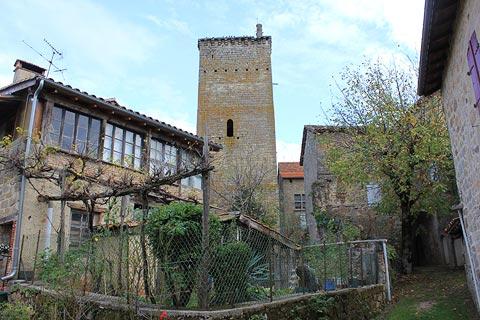 You enter Cardaillac from below and discover a medieval centre that includes several stone towers, a myriad of picturesque houses (some of them half-timbered) and the Chapel of Saint Thomas.

It is possible to ascend the Tour de Sagnes for views across the rooftops and valley. This square tower was once part of a 13th century fortress, as was the nearby Tour de l'Horloge. You can also see the well that was once the main water supply for the village and fort in Place Manganel.

After leaving the fort, elsewhere in Cardaillac you should also visit the small medieval garden with a pleasant picnic area and the cluster of houses around Place Marcadiol.

Note: when you are leaving the village be sure to first follow the road below the village that looks back at the fort from the other side of the valley and has the best view of Cardaillac and its clifftop position.

There is a weekly market in Cardaillac each Sunday morning.

Also in Cardaillac is one of the most important museums in the Figeac region. Called the Musée Eclaté, it is situated in the Place de la Tour (curiously named, since there is no tower here, but apparently there used to be).

The museum brings together many items from everyday life in the region and presents them in separate rooms, recreated in their original settings such as a school room, a carpentry shop and an oil mill. 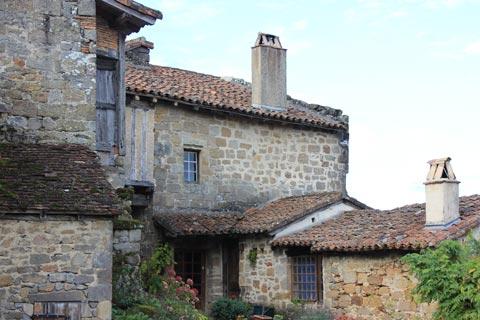 Among the many notable sights and scenic highlights in the region around Cardaillac, be sure to visit the historic centre of Figeac, the roman style church and village at nearby Saint-Perdoux, the renaissance castle at Chateau d'Assier, and the small village at Capdenac, another of the 'most beautiful villages of France' and just a few kilometres to the south.

Map of Cardaillac and places nearby

Visit near Cardaillac with France This Way reviews

Plan your visit to Cardaillac, Lot

The French version of this page is at Cardaillac (Francais)