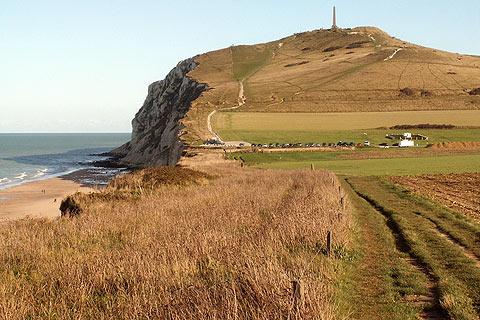 Cap Blanc-Nez and Cap Gris-Nez are two capes on the coast of Northern France between Calais and Boulogne-sur-Mer. Because of their beauty and particularly the splendid palette of colours that can be seen at the capes these have together been classified as a 'Grand Site of France'.

Cap Gris-Nez is a cape that juts out to sea and is called for the grey colour of its rocks. Its name means cape grey nose. This cape is the closest point of France to England and you can clearly see the white cliffs of Dover on a clear day. The rocky headland is a perfect place to sit watching the hundreds of ships, large and small that sail through the channel each day. 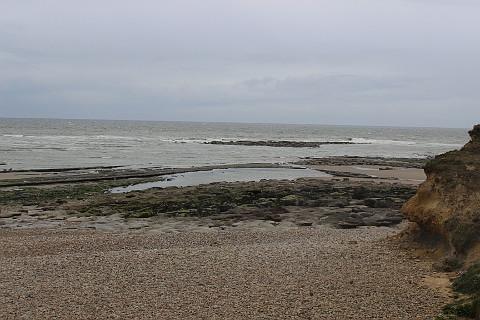 The proximity to England has led to various invasions of this stretch of the coast over the centuries. On the top of the cliff there are the ruins of a tudor fortress built by Henry VIII. During World War II the Germans built a blockhouse in these ruins which was part of a series of defences built by the Germans along this coast. These formed the 'Atlantic Wall' intended to stop the allied invasion.

In 1940 Adolf Hitler visited the Cap Gris-Nez fortifications and in 1944 the area was liberated by the Canadian 3rd Infantry division. An excellent museum about the fortifications is housed inside a blockhouse at nearby Audinghen.

Fossil hunters will enjoy combing the rocky beaches for fossils, most of which date from the Jurassic period. Bird hunters also come to this location to watch some of the millions of birds that use the cape to navigate during their annual migrations.

Whilst Cap Blanc-Nez, or cape white nose, is called a cape it does not in fact stick out into the water. Instead it is a large white cliff topped by an obelisk. The cliffs reach 134 meters in height and fall dramatically to the sea below.

The obelisk was built to commemorate the Dover patrol which kept the Channel free of German U-boats in World War I. World War II bunkers can also be seen at the top as well as craters which still remain from war time bombardments.

With its white cliffs and sandy beaches littered with small rocks the Cap Blanc-Nez is much more attractive than Gris-Nez and the colours over the sea and cliffs at sunset or sunrise are magnificent. 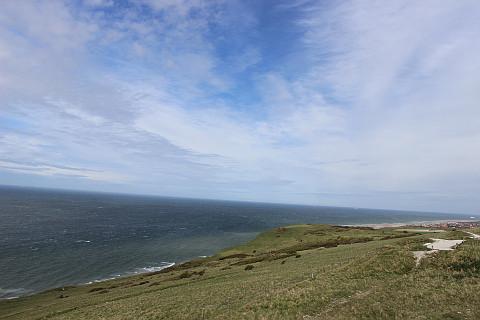 The capes are close to the seaside towns of Wissant and Wimereux.

The Nausicaa sea life centre at Boulogne-sur-Mer offers a good day out. The attraction includes a large shark tank and a good sea-lion show.

Plan your visit to Cap Blanc-Nez and Cap Gris-Nez, Pas-de-Calais