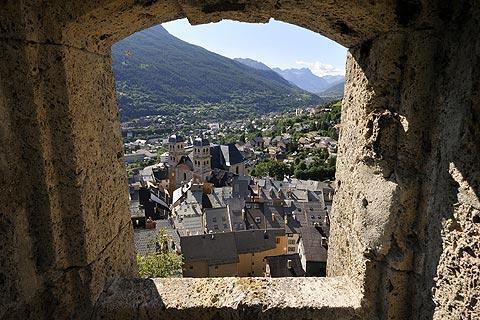 Briancon is a fortified mountain town at 1,350 metres above sea level in the Hautes-Alpes department of Provence, close to the French border with Italy and surrounded by alpine mountains, including the spectacular mountain scenery of the Parc National des Ecrins and the Vallée de la Clarée which is one of the 'Grand Sites of France'.

The highest city in Europe, Briancon falls at the end of several important valleys through the mountains, hence its historical importance for both defence and trade. Although the fortifications that now dominate Briancon were added in the 17th-18th centuries to protect the important routes between France, Italy and Austria the town has had an important defensive role to play in the region dating back to roman times.

It is the old town of Briancon, known as the Ville Haute, which is of the most interest to visitors (and the reason why Briancon is now a protected French Historic Town and is listed as an official Town of Art and History in France). Much of this part of the town remains unchanged since it was redesigned and rebuilt by Vauban in the 18th century following the destruction of much of the original town in 1692 by the duc de Savoie. 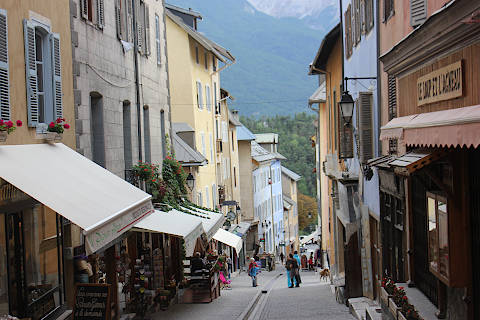 As well as the ever present military defences there are some notable monuments to discover in Briancon. Enter the town through the large stone gateway called the Porte de Pignerol and follow the main street of the town, Grande Rue, that runs steeply down the hillside from here and is lined with attractive old buildings .

The street is also known as the 'grande gargouille' after the drain that runs down the middle of the street to prevent flooding. The 'drain' was in fact originally designed by Vauban to ensure a constant source of water (the water flows here from the hills behind the town) to fight any fires, as much of the 17th century destruction of the town was due to fire.

The Grand Rue and the streets around it are full of bars, cafés and restaurants allowing you to find everything you need for an enjoyable visit to this charming mountain town. The old town is dominated by the 'twin towered' Abbey Church of Notre Dame and Saint Nicholas (also added by Vauban) with beautiful stone bell towers decorated with ochre coloured render and a painted sun-dial.

Elsewhere in Briancon you will come across several small chapels, fountains such as the 18th century Fountain of Sighs (Fountaine des Soupirs) on Grande Rue,  sundials (eg, on the palace of justice in the Place des Armes) and picturesque squares.

From the old town you can walk down the hill along the Avenue de la Rupublique to the lower town, with its many shops, cafes and commerces or head upwards towards the fort from where you can get some excellent views of Briancon and its fortification and the surrounding mountains.

There are several important examples of fortifications by Vauban, the 18th century military engineer, around the city strategically placed to protect historically important locations on the route between France and Italy, including:

These, and several other associated local forts and defensive works, were mostly added to reinforce Briancon against possible attack from Italy in the early 18th century and are now form part of the UNESCO listed heritage site that includes many Vauban fortifications in various areas of France. 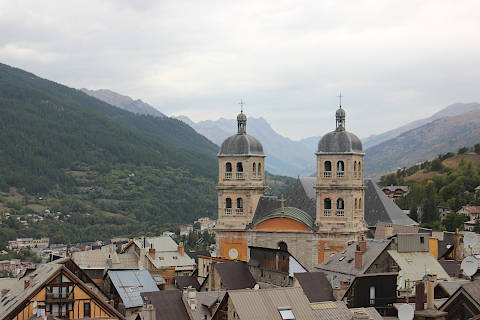 Briancon is a base for winter sports enthusiasts, with the Serre-Chevalier group of ski resorts in the mountains around Briancon.

You can explore the beautiful Vallée de la Clarée, classified among the 'grand sites of France'.

You can find more travel ideas in the Hautes-Alpes guide and the Provence guide.

Map of Briancon and places nearby

Visit near Briancon with France This Way reviews

... or see ALL recommended places to visit in Hautes-Alpes

Plan your visit to Briancon, Hautes-Alpes

A seasonal market is held in Briancon on Sunday.

Regular market(s) are held in Briancon each Wednesday. (Markets are held in the morning unless stated.)

The French version of this page is at Briancon (Francais)