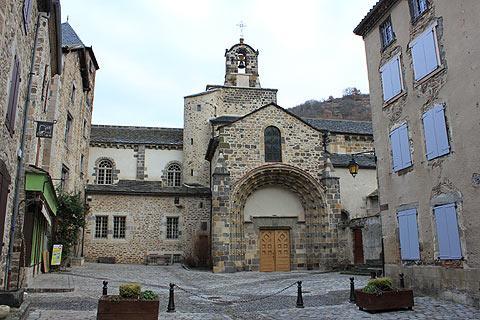 Blesle is a small village on the River Voireuse in the Haute-Loire department of the Auvergne region, to the west of Brioude.

The village has a history dating back to the founding of a benedictine monastery here in the 9th century (although the site itself was occupied at least 4000 years ago). During the middle ages the town was an important centre for the local lords and barons, a period of wealth that has also left its mark in the shape of the monuments we can see today.

A lovely and ancient village, Blesle has some remains of its colourful past to discover during a visit. The pleasure of a visit comes largely from the ambience and the little details such as the picturesque half-timbered houses, ornate doors and windows in the village, or the discovery of a small courtyard or narrow passage lined with medieval houses - and of course the pleasant stroll along the riverside. 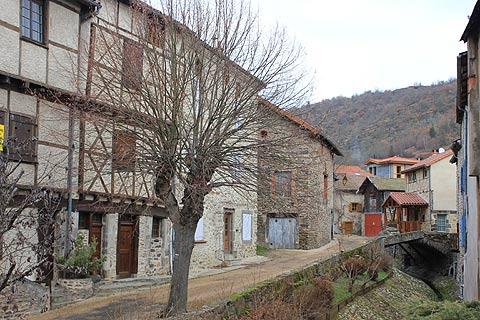 Aside from the narrow streets and medieval houses there are several particular sights to notice as you explore the village of Blesle, among them

After exploring the historic centre of Blesle walk to the river to see a quaint little arched stone bridge across the river, the 16th century hospital at the end of the bridge, now the Musée de la Coffe,  and also the traditional washhouses on the river banks.

One unusual destination in the village is the Museum de la Coiffe - a museum dedicated entirely to the headwear, bonnets and hats traditionally worn in the Auvergne (I have to admit I didn't go in myself, but I'm assured it is very interesting).

All around the village the hills rise up steeply adding to the beauty. There is a pleasant walk along the river which allows you to see the village from another angle. The village is attractive now but probably only about half of it has been renovated. In the coming years it is likely to become even more attractive as renovations continue - we recommend you visit Blesle soon to help appreciate its original character. 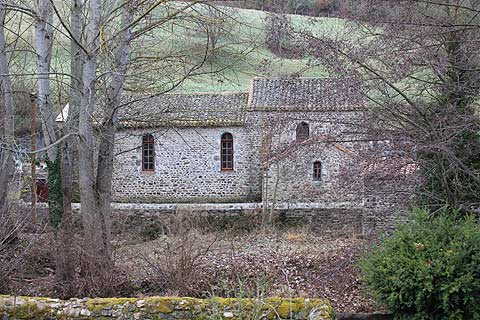 The village of Blesle is officially listed as one of the 'most beautiful villages in France'.

To explore close to Blesle

Close to Blesle a natural attraction is the basaltic columns in the Alagnon valley.

Map of Blesle and places nearby

Visit near Blesle with France This Way reviews

Plan your visit to Blesle, Haute-Loire

The French version of this page is at Blesle (Francais)