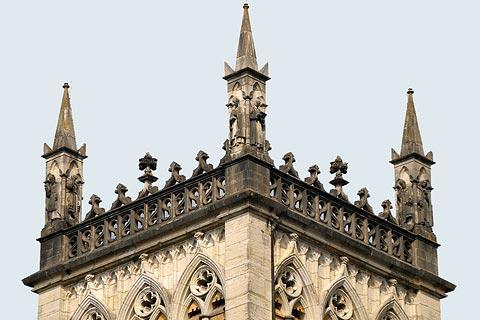 The town of Belley is towards the southern border of the Ain department in the Rhone-Alps, north-west of Chambery.

The quiet town that we see today gives little clue to its long and active past, first as capital of the ancient province of Bugey, then as part of the Saint-Empire romain germanique (the so-called First Reich) in the 10th century before falling within the territory of the Savoy Counts from the 11th century onwards.

In 1385 a great fire destroyed almost all of the original town of Belley, although it was rebuilt soon after.

France This Way comment: although the individual monuments in Belley are of limited importance, taken together they make the town quite interesting to explore.

The heart of Belley is focussed around the Cathedral of Saint John the Baptist and the Place des Terreaux, and the adjacent side-streets, and it is here that you can see the most interesting buildings, with some of the houses dating back as far as the 15th century and having interesting architectural features such as arcades and external staircases. 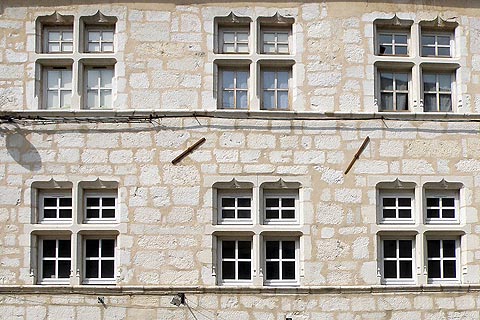 The Cathedral of Saint-John in Belley dates from the middle of the 19th century, having been built to replace an earlier (12th - 16th century) cathedral that had been damaged during the revolution and then further damaged by an earthquake in the early 19th century.

The most interesting aspect of the cathedral is the interior, richly decorated with paintings and frescoes. There is also an 18th century statue of the Virgin Mary, which was apparently left undamaged during the revolution because the revolutionaries thought it looked more like a classical statue, perhaps representing the 'goddess of reason', than a statue of the Virgin.

Particular highlights in Belley include the 18th century Episcopal Palace on Rue des Cordeliers with an imposing classical style facade, and a couple of grand townhouses such as the 18th century Hotel Dallemagne on Boulevard de Verdun and the 16th century Hotel du Bailliage on Grande Rue, which now holds the Belley Tourist Office.

There are a good number of other monuments to see if you are an enthusiast of 16th-18th century architecture so be sure to ask for a map at Belley Tourist Office when you arrive. The Tourist Office also offers various guided tours of the town such as 'Historic Belley' and 'hidden monuments'. Among the monument of interest are:

After exploring the town we must suggest that you don't leave until you have sampled the highly reputed local cheese, the Tome de Belley! 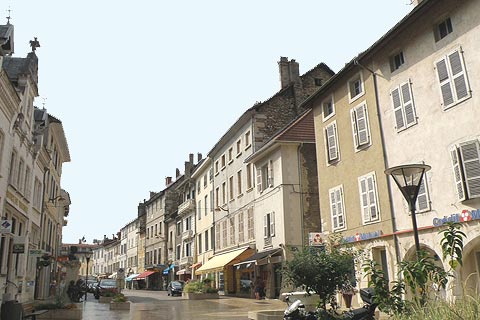 The countryside around Belley, halfway between the Rhone and the Jura mountains, has numerous lakes, woodlands, waterfalls and valleys to explore with cycling, walking, fishing and canoeing among the popular activities. Among the most visited is the waterfall at Glandieu, a few kilometres south-east of Belley.

In the small Rothonne Forest, just south of Belley, you can follow one of the marked trails through the woodland.

Map of Belley and places nearby

Visit near Belley with France This Way reviews

Plan your visit to Belley, Ain

Regular market(s) are held in Belley each Saturday. (Markets are held in the morning unless stated.)

The French version of this page is at Belley (Francais)