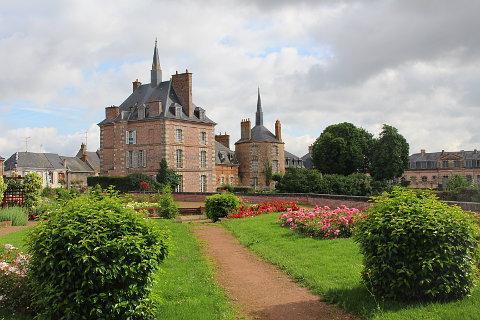 The small town of Bellegarde is situated in the quiet north-eastern area of the Loiret department (in the Centre region of northern France) between Orléans (to the west) and Montargis (to the east).

Note: this is just one of several places called Bellegarde in France - there are six places with the name in France, and eight more places that include 'Bellegarde as part of their name. Be sure you are in the Loiret if you want to visit the place described below!

The town is best known for the Castle of Bellegarde, and this is the main attraction for visitors, but do allow time to see the other interesting monuments such as the 12th century church... 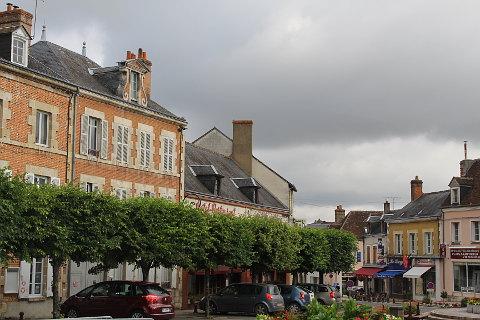 The castle is also known locally as the Château des l'Hospital

Built in the 14th century on the site of an even earlier castle, the Chateau de Bellegarde was substantially remodelled over the course of the 15th - 17th centuries, then the courtyards were altered in the 18th century and the classical style staircase was also added at the end of the 18th century.

Dominating the town centre, the main body of the castle is square, with a steep roof and a small tower in each corner. This donjon is surrounded by a broad moat which enhances its appeal, and there are several other buildings that also form part of the castle.

As a result the current castle is quite a mix of different architectural styles and forms less of a coherent whole than some of the Loire Valley castles, but is still interesting to take a look when you are passing.

These buildings are grouped around the Place d'Antin just off the main square of the town and include the castle, the mairie and the Pavillon d'Antin. All are built of the same red brick with slate rooves and with the moat, a rose garden and also a pretty coat of arms laid out in flowers in the garden next to the mairie it is a pleasant place to explore.

For the best views of the castle and moat go to the other side of the castle from the Place d'Antin and you can also see a pretty stone bridge leading to a sweeping staircase into the castle.

The church of Notre-Dame is interesting because of its facade, which dates from the 12th century and is in the roman style. Unusually the facade incorporates a substantial arcaded porch. The interior is simple and includes a lot of wooden panelling and wooden benches.

An accomplished local sculptor called Charles Desvergnes, famous at the end of the 19th century, bequeathed some of his sculptures to the town and these can now be seen in the Pavillon d’Antin.

Charles Desvergnes is best known for his religious sculptures in some of the most famous cathedrals in France, such as the statue of Joan of Arc in the Notre-Dame Cathedral in Paris, another of Joan of Arc in Auch cathedral, and the memorial stone if the Virgin in Perigueux Cathedral.

Elsewhere the town of Bellegarde is very typical of those in the region and has a reasonable selection of cafes and restaurants near the town centre. 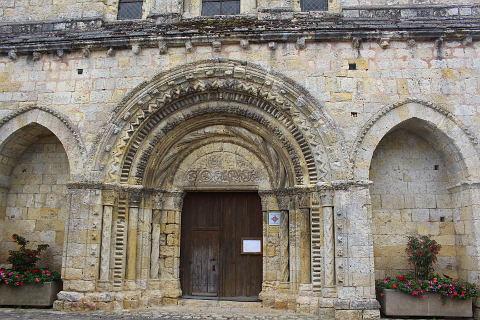 Gardeners will certainly want to visit the Arboretum des Grandes Bruyeres to the west of Bellegarde to see the remarkable arboretum and gardens.

Our favourite excursions from Bellegarde include the village of Yevre-le-Châtel, north of here and listed among the 'most beautiful villages in France', and the walk along the riverside and canals in Montargis, east of here.

Map of Bellegarde and places nearby

Visit near Bellegarde with France This Way reviews

Plan your visit to Bellegarde, Loiret

The French version of this page is at Bellegarde (Francais)