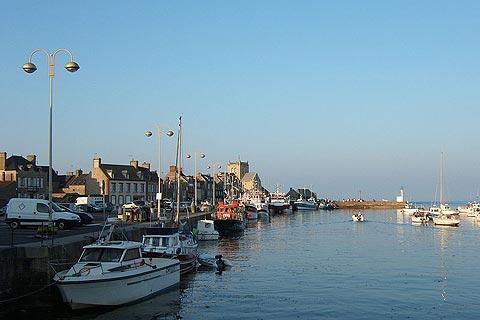 Barfleur is a village 25 kilometres east of Cherbourg on the north-eastern tip of the Cotentin peninsula of Normandy. It is listed among the 'most beautiful villages of France' - it is now hard to believe that a few centuries ago Barfleur was the largest port in Normandy.

It was here in 1066 that the Normans prepared for the Battle of Hastings, while late in the night of 25th November 1120 at Barfleur a ship carrying Prince William to England struck a rock that caused the death of the heir to the English throne and chaos in the monarchy.  In 1692 it was just off the coast from here that a great ship battle took place, known as the Battle of Barfleur.

France This Way comment: Barfleur is an unspoiled little coastal town and fishing port, worthy of a detour on your way to or from the bustling port of Cherbourg, to watch the tides entering the harbour and to enjoy the quiet charms of the port village. 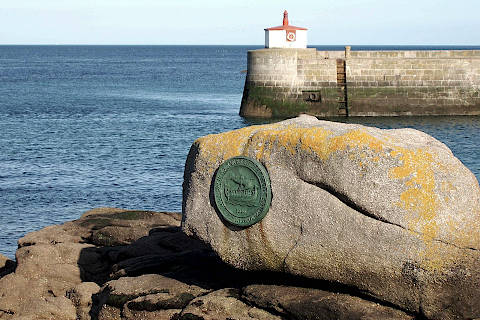 Barfleur has an attractive and active fishing port, dominated by the Church of St Nicholas and lined with sturdy grey granite houses, each with white shutters to brighten the sombre facades.

Your visit will focus around this harbour, which is situated in a small natural inlet, and its picturesque fishing boats. Fishing and mussel and oyster harvesting are still the main activities of the fishermen in the port. The local speciality, which you can enjoy in a restaurant next to the port, are the mussels harvested in the sea nearby and called the Blonde de Barfleur.

The 17th century church and its associated cemetery stands at the end of the harbour and is interesting, if a little austere: not helped, perhaps, when the belltower apparently collapsed in the 18th century due to bad weather. Inside the church you can see a large 16th century Flemish painting.

It is the granite houses around the harbour and in the village centre that give Barfleur its character. Most of the houses were constructed in the 17th and 18th centuries, when the town was made prosperous by its fishing and after a history in which the town was burned by Edward III in 1348 and then again during the 15th and 16th centuries.

Within the village you can also see the medieval courtyard of Saint-Catherine and the pretty little Jardin des Augustins. The houses in the Saint-Catherine courtyard are the oldest in Barfleur and were built in the 15th century.

Barfleur has a reputation for attracting artists: this started when Paul Signac lived in the village from 1932 - 1935 and the tradition continues to this day. You can still see Signac's house, the Maison de Signac, on rue Saint-Nicolas near the church. 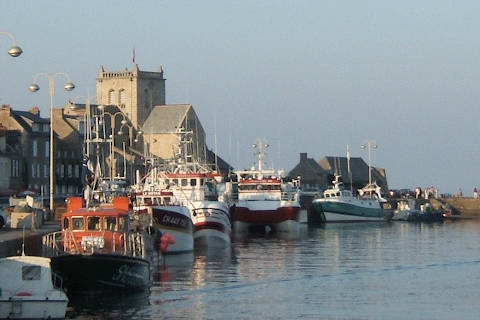 There are some pleasant small beaches nearby and in walking distance of Barfleur. The principal beach is the Plage de la Sambière to the south-east of the town.

About two miles to the north of here is Cape Barfleur, with a lighthouse 233 feet high (the 'phare de Gatteville') being one of the highest in France. Follow the coast path to reach the lighthouse and to enjoy the attractive coastal scenery.

Map of Barfleur and places nearby

Visit near Barfleur with France This Way reviews

Plan your visit to Barfleur, Manche

The French version of this page is at Barfleur (Francais)