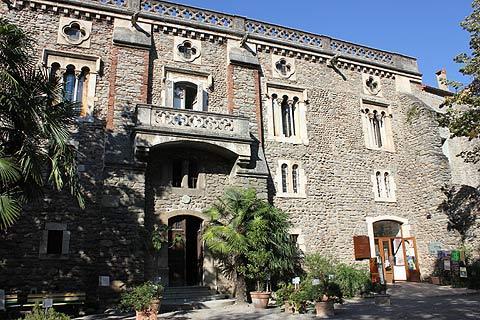 Arles-sur-Tech is a small town in the Pyrenees-Orientales department of southern France. The town is best known for its abbey and cloister, countryside and picturesque small hamlets nearby.

Arles-sur-Tech originally developed around the Benedictine Abbey that was built here in the 8th century. The main square in the town, 'the Place du village', contains the houses which were the first to be built around the abbey and the house at no. 4 hides the original eglise St Etienne which was built in the 10th century. 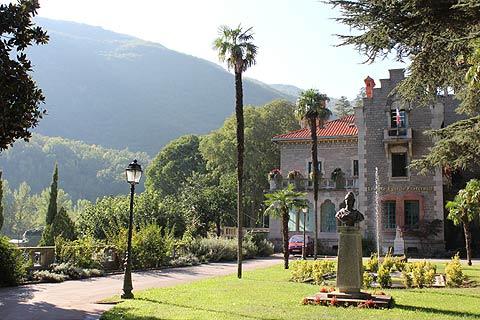 The Abbey Sainte-Marie has a beautiful gothic cloister built in the 13th century  and a large and impressive 18th century organ. Its most curious item though is a 4th century sarcophagus which once contained the relics of Saints Abdon and Sennen and continuously (and apparently inexplicably) secretes water.

The Mairie in Arles-sur-Tech is housed in the Villa les Indis. This building is a curious hotch potch of architectural styles such as neo-gothique, neo baroque, neo roman, Art Nouveau and Belle Epoque. As such I'm sure it would be held in contempt by architectural purists - indeed it is not even mentioned in the town's tourist literature but I thought it was a lovely quirky building. It was built at the begining of the 20th century and has a pleasant garden in front of it.

The town itself had three entrances in the 14th century and one of these, an arched stone gateway, leads to the 'le Barri d'Amunt' with its impressive houses with balconies and attractive doorways. These were once the homes of the rich families of Arles-sur-Tech.

Head up into the hills from Arles-sur-Tech and there are two charming villages to visit nearby called Corsavy and Montferrer.

At 768 metres altitude Corsavy is a small attractive village surrounded by wooded mountains. The drive to the village passes through beautiful scenery and on arrival you can admire the ancient houses, signal tower and its church. There are various walks from the village that you can do.

Montferrer is another pretty mountain village at 830 metres altitude and sits below the ruins of a chateau from which you can see as far as the sea. The church was built in the 12th century and has a 14th century sarcophagus. There is even a small museum which tells the history fo a famous group of Catalan bandits known as the "Trabucayres". Again there are a number of walks that you can do from here. 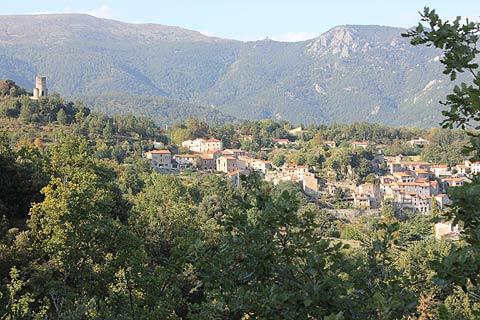 Arles-sur-Tech is also just 13 kilometres from the lovely town of Ceret and we suggest you make time to visit during your stay here.

Map of Arles-sur-Tech and places nearby

Visit near Arles-sur-Tech with France This Way reviews

Plan your visit to Arles-sur-Tech, Pyrenees-Orientales