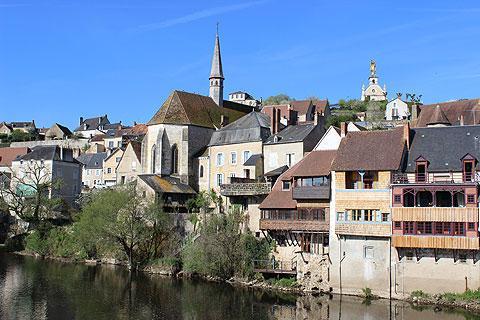 Argenton-sur-Creuse is a small town in a scenic setting on the Creuse river, to the south of the 'Centre' region of France in the Indre department.

The town originally developed around an important medieval castle, then over the centuries the centre of the town slowly moved and by the 15th century most commerces were based on the other side of the Creuse.

It is the houses that line the river that are the most scenic highlight in Argenton - many have balconies that further overhang the slow moving water, and the Church of Saint-Benoit and an old stone bridge adding interest to the backdrop. 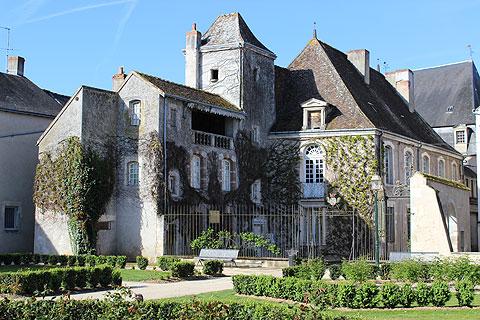 There are also several small highlights to explore in the town. You can see the remains of an ancient castle (not very extensive - Richelieu did an impressive job of its demolition after the French revolution) and three churches:

You will come across a good number of medieval houses as you explore the streets of the historical centre of Argenton-sur-Creuse (particularly in the part of the town on the right bank of the river), the most impressive of which are the Hotel de Scevole (17th century) and the 16th century Hotel Duperthuis. Although we can only glimpse the outside of this manor house, near the end of the old bridge, you can see the main tower which holds the staircase and also the watchtower.

There is a medieval bridge that crosses the Creuse river in Argenton-sur-Creuse, built when the town grew to occupy the right bank of the river in medieval times. While at the river take the time for a stroll along the river banks, which are very picturesque and pass very old watermills, and the remains of a bridge that stood here in the roman era.

It is a shame the original bridge built to join the two parts of the town is no longer standing - it would be fascinating to see the original 15th century bridge, which had substantial houses and shops actually built on the bridge itself and supported by the piles of the bridge.

There is a footpath that follows along the riverside in the town, starting near the end of the old bridge, and is the highlight of your visit to Argenton-sur-Creuse. By the 19th century a thriving industry based around tanneries and flour mills had developed along the Creuse river in Argenton, and this industry is the source of many of these buildings. This trade subsequently gave way to shirt-making, which for a period of time brought considerable wealth to the town.

A sadder note in the history of Argenton-sur-Creuse is commemorated with a memorial to the 56 civilians murdered in the town by the Nazis in June 1944 as part of their anti-resistance efforts as they moved towards the north of France to meet the invading Allied forces (see also Oradour-sur-Glane further south).

There are a good selection of shops, restaurants etc in the main part of Argenton, which although less historically interesting than the ancient quarter still merits a brief exploration. For those who are more fashionable than myself, you can also visit the Museum of Dress and Masculine Elegance!

Travel planning: close to an important motorway that heads south through France (the A20/E9) Argenton is about half-way between Orleans and Limoges (or between Paris and Toulouse if you prefer) and is a good stop-off point to break up your journey if you are driving southwards towards the Dordogne or the Pyrenees - leave the motorway (autoroute) at junction 18. 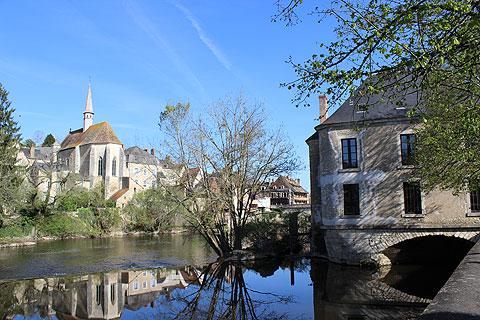 Close to Argenton-sur-Creuse you can see a reminder of the long occupation of the region - the substantial remains of a Roman Theatre at Argentomagus, the town that later gaves its name to the modern town. Said to have existed as a gallic theatre before the Romans arrived, there is also a museum on the site exhibiting finds from the excavation works.

Map of Argenton-sur-Creuse and places nearby

Visit near Argenton-sur-Creuse with France This Way reviews

Plan your visit to Argenton-sur-Creuse, Indre

Regular market(s) are held in Argenton-sur-Creuse each Saturday. (Markets are held in the morning unless stated.)