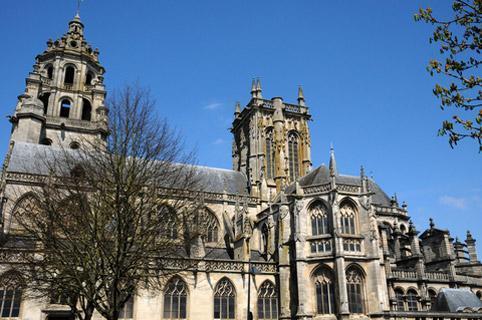 Argentan is in the Orne department of Normandy, about 60 kilometres south of Caen. The town is on the River Orne in the rolling agricultural region of Normandy on the edge of the Natural Regional Park of Normandy-Maine, and close to the forests of Ecouves and Gouffern.

Dating back to Roman times the town has had a 'colourful' history - unfortunately involving frequent destruction, both in the Middle Ages during the wars between the French and the English, and during the 20th century, above all during the Battle of Argentan in 1944 towards the end of the Second World War, which resulted in very major damage to the town.

Despite the damage suffered by Argentan in the past, the location of the town and its historical monuments make it an interesting town for a stopover and as a base for exploring the region.

Start your visit to Argentan in the centre of the town at the Tourist Office. The Tourist Office have a leaflet suggesting the best route to explore the town, or if you prefer a bit of luxury, you can explore Argentat in a horse-drawn carriage!

The Duke's castle (now the Palace of Justice) on the same market square is one of the most imposing buildings in the town. The original building on the site was built in the 12th century but was destroyed during the Hundred Years War and rebuilt in the 14th century. The original castle was the occasional residence of the Duke of Normandy and King Henry I of England.

Among the other monuments in Argentan you can see the 12th century Marguerite Tower and the donjon (castle keep), both remains from the original town defences. These are especially worth visiting for the views across the rooftops of Argentan (although only open June to September).

Other religious monuments in Argentan include the the Saint Nicolas Chapel and a benedictine Abbey, now a local centre for lacemaking. There are also some fine townhouses along the streets of the town centre and an impressive half-timbered house can be seen on the Ruelle de Fossés Tanarès.

The history of the town is closely linked with lacemaking, a story that is explained at the 'Maison des Dentelles' with a permanent exhibition of lace from the last 500 years as well as temporary exhibitions that change each year. The Maison des Dentelles is in a grand 19th century townhouse in the Parc de la Noé to the south of the town centre, and is is open from March to September, Tuesday to Saturday. A small entrance charge is payable.

There are also several other parks in the town centre - we strolled through the pleasant 'Public Garden of the Normandy Forest' to see the trees.

Note: the town was birthplace for the artist Fernand Leger and you can see the house where he was born at 5, Rue des Jacobins. 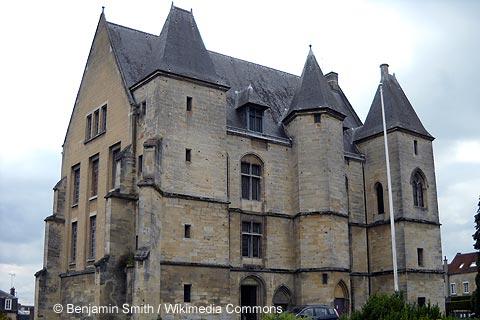 To the east of Argentan you can visit the Haras du Pin, a traditional horse breeding and training centre established in the 18th century and among the most visited attractions in Normandy.

The Regional Park of Normandie-Maine is to the south of Argentan and has lots of opportunities for walking, cycling and other leisure activities. The principal destinations in the park are Sées and Alençon.

Map of Argentan and places nearby

Visit near Argentan with France This Way reviews

Argentan is classified as a recommended detour town (plus beau detour)

Plan your visit to Argentan, Orne

Regular market(s) are held in Argentan each Tuesday & Friday. (Markets are held in the morning unless stated.)

The French version of this page is at Argentan (Francais)