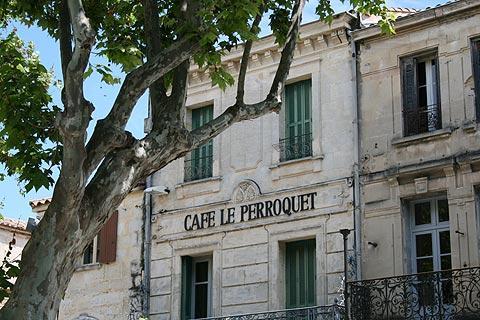 Aigues-Mortes is found in the Languedoc-Roussillon region, eight kilometres from the coast, and is fascinating because of the medieval defensive walls that still surround the entire historic town.

On arriving at Aigues-Mortes you can park outside the medieval walls then walk along part of the outside before entering to explore the town. Outside the walls there is little to hold your attention - mostly the 'newer' town of Aigues-Mortes and salt plains - and your visit will focus on the old town within the walls. 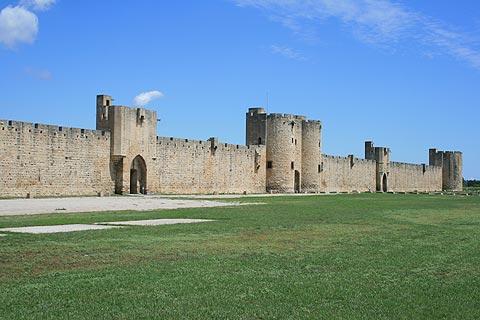 The 1600 metres of fortified walls were constructed later in the 13th century by Phillippe III and Phillippe IV and completely surround the town, interrupted at regular intervals by towers that had various functions - salt storage, munitions, etc.

Why was Aigues-Mortes built?

Aigues-Mortes (dramatically named after 'dead waters') was founded by King Louis IX (later to become Saint Louis) in 1240, in preparation for his setting off for the Seventh (and Eighth) Crusade. The main legacy from this time is the Constance Tower, now part of the fortifications that surround the town - the castle of which the tower formed a part is no longer in existence.

Entering into the town centre, all streets lead to the pretty Place Saint Louis which is the centre of old Aigues-Mortes. Here you can see the Town Hall, a church, a statue of the venerable Saint Louis and a good selection of cafes and restaurants.

The Church of Notre-Dame-des-Sablons was built in the gothic style in the 13th century, so predates the fortifications.

The surrounding streets that radiate off the square will entice you to explore further, where you will find many beautifully preserved medieval houses. The further you get from the centre, the less touristic (and less attractive) the town becomes.

As you explore you will also discover two small chapels in Aigues-Mortes. Quite unassuming from the outside you should enter the chapels when you see them:

- the Chapel of the Grey Penitents on Place Paul Bert, built at the beginning of the 17th century. Go inside to see the 18th century marble altarpiece which is much grander than you would expect when you see the chapel from the outside!

- the Chapel of the White Penitents at the end of Rue de la République, built in the late 17th century and with a large 18th century painting of the Pentecost behind the altar

The other big attraction for visitors is the chance to walk around the ramparts and explore the Constance Tower. There is only one access point to the ramparts and tower (with paid entry) so once you enter you have little choice but to walk the entire 1600 metres. These fortifications at Aigues-Mortes are a listed National Monument.

The Constance Tower is the highlight, with a couple of large impressive vaulted rooms - and used as a prison for protestants in the 17th century. The best views over Aigues-Mortes are from the terrace on top of the tower.

The ramparts are interesting to walk around - the function of each tower is explained, and you can see across the town itself, and out across the sea. The parts of the town within the fortified walls that are next to the ramparts are not especially beautiful however so the walk was a bit of a disappointment (6.50 euros per adult).

Market days in Aigues-Mortes are Wednesday and Sunday.

A local legend tells that a horse called Lou Drapé rides around the ramparts at night, taking large numbers of children on its back before disppearing with them. The children are never seen again! 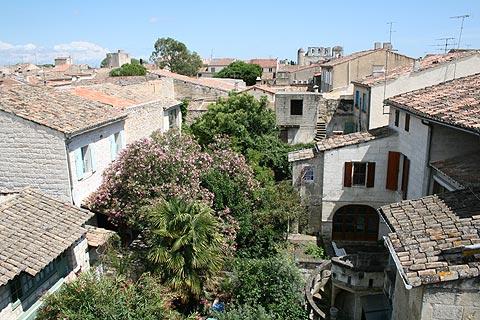 Our favourite beach near here is at La Grande-Motte to the west, and to the east you can explore the marshes and wildlife of the Camargue region and visit the traditional fishing town at Saintes-Maries-de-la-Mer.

Map of Aigues-Mortes and places nearby

Visit near Aigues-Mortes with France This Way reviews

Aigues-Mortes is classified as a

Plan your visit to Aigues-Mortes, Gard

Regular market(s) are held in Aigues-Mortes each Sunday. (Markets are held in the morning unless stated.)

The French version of this page is at Aigues-Mortes (Francais)