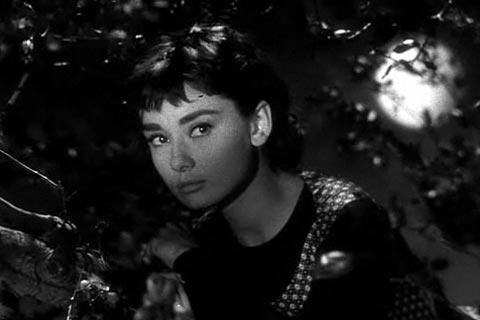 Films made in Paris

What better location for a movie is there than Paris with its splendid architecture and romantic aura? It is no wonder that many directors have chosen to locate their movies there. It is difficult to choose the ten best movies set or partly set in Paris but these will certainly set the mood for any tourist about to visit the city of Light:

Sam, played by Humphrey Bogart and Ilsa (Ingrid Bergman) enjoy a passionate affair set against backdrops of a city that looks even better in black and white. The problem is that Ilsa is married. Later, during the Second World War in Casablanca, Ilsa remains haunted by her memories. She still loves Sam who tells her that: “We’ll always have Paris.”

Set in the Paris of the Belle Époque this is the city of tea-rooms, courtesans and waltzes. Young and beautiful Gigi (Leslie Caron) rebels against her family’s intentions of making her into a courtesan, a family tradition. She hates having to learn to wear jewellery, pour tea and become a fashionable Parisian. She sets her sights on capturing handsome and much older man about town, Gaston Lachaille (Louis Jordan). Edwardian era Paris is evoked very well in this very French and charming musical.

An American in Paris

Gene Kelly plays an innocent American ensnared by a sophisticated city and a French girl who he is unsure whether to trust. Who could forget Gene Kelly and Leslie Caron dancing against the backdrop of Paris at night in garish color?

Sabrina, a tomboy teenager played by Audrey Hepburn, learns to cook and works for a fashion magazine in the French capital. She becomes a sophisticated, fashionable young lady in Paris and always yearns for her days spent there.

Another Audrey Hepburn character is saved from a hum-drum life by (Fred Astaire) and swept away to Paris where she becomes a beautiful model.

Many fans go in search of the locations featured in this quirky movie about a poor and good-hearted waitress searching for love. The film is especially famous for its sweeping brightly colored shots of Montmartre and Sacre Cour.

Meg Ryan and Kelvin Kline don’t spend much time in Paris in this romantic comedy about an American woman who falls in love with a roguish Frenchman but it does show the ritzy George V Hotel and some shots of central Paris.

This film shows a darker side of Paris. It contrasts the fairly innocent and naive American family with the much more sophisticated French in-laws, and provides an interesting study of the differences between them. The love affair between the two main characters is somewhat clichéd, but quite moving nevertheless. The photos which are especially memorable are those from the thrilling scenes at the top of the Eiffel Tower near the end of the movie.

The Day of the Jackal

This is a very creepy thriller about a famous assassin set against a sun-lit, beautiful city which contrasts well with the story.

Before Sunrise and Before Sunset

In the first movie, an American backpacker on holiday in Europe meets a French girl and they share romance and philosophy as they wander around Vienna. Unfortunately their time together is transient which increases the poignancy of their time together. The characters of ‘Before Sunset’, both a little older and wiser, renew their love affair. Some of this is a little touristy such as the scene in which they catch a batou along the Seine.