You are here: France informationflag

The flag of France is usually known as the 'tricolor' (three colour) and consists of equal width stripes of blue, white and red. It is the one of the three official 'French Symbols'.

The flag is 1.5 times as long as it is high. The French naval flag uses the proportions 30% blue : 33% white : 37% red for the stripes, after the original France flag - it was Napoleon who changed the stripes to be of equal width.

Alternative (non-French) spellings for tricolor include 'tricolour' and 'tricolore'. The colours of the France flag are defined as: 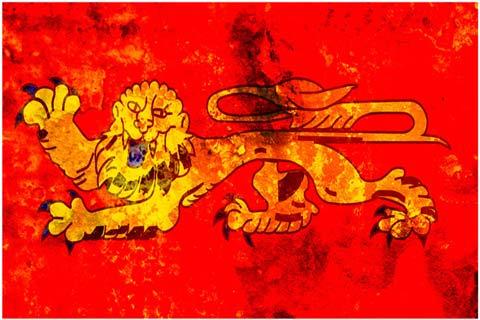 History of the France flag

The 17th July 1789 Louis 16th of France travelled to the Paris Town Hall where he received a rosette containing three colours of ribbon - red, white and blue. This rosette was the symbol of the French Revolution and subsequently became the symbol of the First Rebublic in France. Blue and red were the colours of Paris, and white was the Royal colour.

The presentation was very symbolic, and represented the 'point of no turning back', since the ceremony gave complete control to the republicans / revolutionaries. The white had been added by La Fayette, new head of the National Guard, out of respect to the King.

Tricolor is a generic name for any flag having three colours. The Dutch flag, considered to be the oldest tricolor in existence, is the same colours as the French flag, but with the stripes running horizontally, red at the top and blue at the bottom. It is sometimes said that the colours for the France flag were inspired by this earlier flag (perhaps it encouraged LaFayette to include the Royal white?).

See a detailed description of the history of the French flag