You are here: French recipesfrench cheeses

Cheese in France is big business, and is taken very seriously. Many a French meal is passed discussing the merits of one particular variety or another, and what elaborate process the producer had to go through to get this particular cheese to the table.

There are reputedly more cheeses in France than there are days in the year - undoubtedly true, but there are a few French cheeses in particular for which France is renowned world-wide, and all quite different. 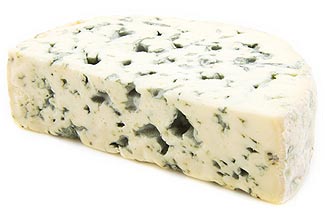 There is good reason for the reputation of French cheese. While many cheeses in the world have become over bland with the introduction of more mechanical techniques of production, the finer French cheese have avoided this to some degree, in part by introducing the AOC (protected name and methods) for cheeses, much as they have for wines, which ensures continuity of tradition and method of production.

There are about 50 of these AOC cheeses officially listed including fourme d'Ambert (pictured) produced in the town of Ambert in the Auvergne.

The two French cheeses of greatest repute, both at home and internationally, are Roquefort and Brie de Meaux. I have added separate sections for brie and roquefort, including a recipe or two:

Meanwhile, for a good selection of cheese to try when you visit see Top 10 French Cheeses where we summarise the most popular.

Note: one important thing to remember - in France, the cheese course is usually taken before the dessert course at dinner.

Many areas also have cheese that is only produced and sold very locally - a market in France will almost always have a cheese stall or two, offering a bewildering array of local and exotic cheese, each in their way magnificent. All I can suggest is that you come to France and try some, because the best cheeses really are the locally produced, locally sold, varieties. But enough snobbery.