The French painter Claude Monet is considered to be one of the founders of Impressionism, a style of painting that emphasized the artists’ perceptions of the subject rather than mimetic representation or making an ‘accurate copy’. He is also known in art history as one of the foremost masters of painting landscapes.

Monet was born in Paris and moved to the Le Havre, Normandy, at the age of five. He showed early promise as an artist, already selling caricatures before he was even a teenager. A local marine painter became his first mentor, but the death of his mother interrupted this forward momentum until his early twenties. Drafted into the Army at age 21, he spent two years in Africa before returning to his birthplace of Paris to pursue painting.

Along with fellow painters Auguste Renoir and Alfred Sisley, Monet rejected the traditional method of painting in a studio, opting instead to paint outdoors. This was already revolutionary, but on top of that, they adopted a brush style to reflect the ‘impression’ of the ever-changing outdoor light. This resulted in brighter colours and quicker brush strokes that looked sloppy and haphazard to those not used to this new style.

Monet became very successful as the impressionist movement gained popularity. His ‘series’ paintings are perhaps the most well-known, as he became focused on painting the same subject under different light and weather conditions - for example the paintings of Rouen cathedral

La Grenouillére (1869) – The challenge of painting the light off the water is clear in this early painting. 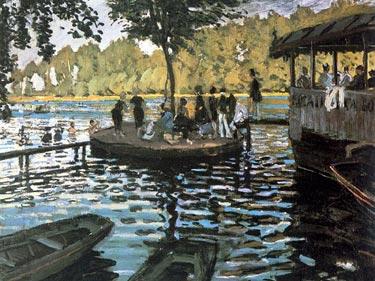 Camille Monet on her Deathbed (1879) – Monet’s wife Camille died after a long battle with tuberculosis, and Monet painted her shortly before her passing. 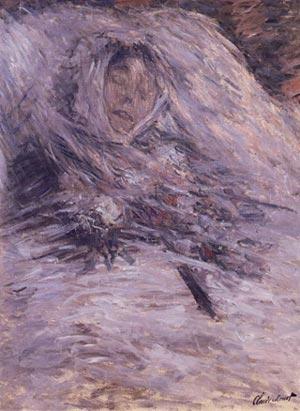 Haystacks (1890 – 1891) – A series on haystacks, his commitment to painting the same subject through different conditions is clear here. 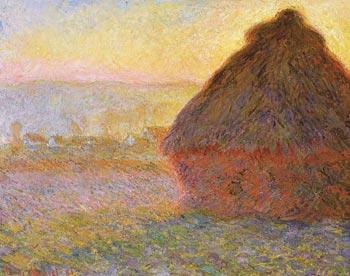 Water-Lilies (series) – Spilt among some of the world’s best museums, the Water Lilies series is instantly recognizable, and for good reason. 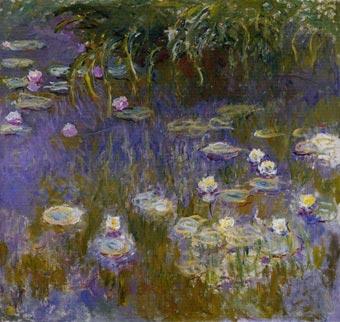 Enthusiasts of Monet will enjoy a visit to the gardens at Giverny, location for many of the later paintings in Monet's career.